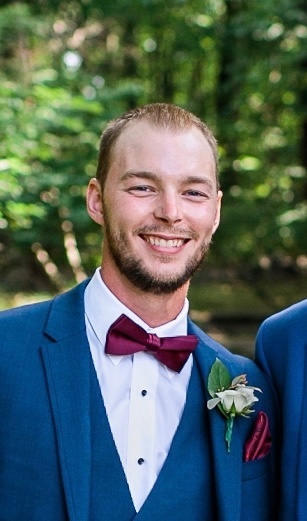 Justin Sage McLoughlin, 28, of Walden, NY, formerly of Woodstock, passed away tragically in a work-related accident on Monday, August 19, 2019. He was born on August 9, 1991 in Kingston, NY.

Justin was a graduate of Onteora High School, Class of 2009, where he was a member of the Varsity Track Team. He broke numerous school records and was MHAL Athlete of the Year. As a senior in high school, he ranked in the top 10 in the state in the 400 Meter Hurdles and ranked in the top 20 in the 110 Meter Hurdles. He competed at both the state and national levels. Justin attended Sacred Heart University in CT as a Division I Athlete on a Track and Field Scholarship. He later graduated from Southeast Lineman Training Center in Trenton, GA and became a member of IBEW Local 1249 Electrical Workers Union, Tag # 8276076. Justin worked for E-J Electric Transmission & Distribution, in Chester, NY, as a 2nd Step Apprentice Lineman. He played in the Saugerties Athletic Association Softball League for many years and as a teen played for the travel baseball team, Hudson Valley Heat.

Justin is survived by his mother, Regina Porpora and her husband Pasquale of Walden, his father, Patrick McLoughlin and his wife Corinne of East Meadow, his brothers, Vincent McLoughlin and Joseph McLoughlin, his significant other, Sarah Whitbeck of Clifton Park, his great grandmother, Rose Buonfiglio of Saugerties, his grandparents, Cheryl Temple and her husband Larry of Kingston, Nicholas Buonfiglio of Poughkeepsie, and Mary Nielsen of Kingston, as well as many aunts, uncles, and cousins. He is predeceased by his grandfather, Patrick McLoughlin, and his great grandmother, Helen Hamilton.

Arrangements entrusted to Keyser Funeral & Cremation Service, 326 Albany Ave., Kingston, NY 12401, where family and friends may visit on Sunday, August 25, 2019 from 2pm to 6pm. A service of remembrance will take place at 6pm in which all that are in attendance may share a memory of Justin, if they wish. The funeral mass will take place at 11am on Monday, August 26, 2019 at St. Joseph's Church, 61 Glasco Turnpike, Glasco, NY, 12432. The family would like to invite all friends and family to join them at a reception to follow. A tribute for Justin can be found at www.KeyserFuneralService.com , where you may leave memories and expressions of sympathy for his family.

To order memorial trees or send flowers to the family in memory of Justin Sage McLoughlin, please visit our flower store.