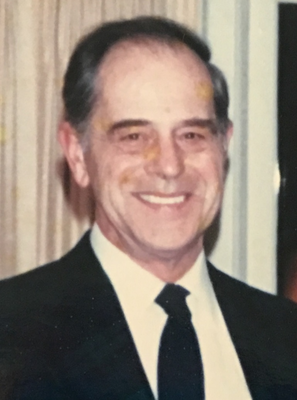 Joseph was a graduate of Kingston High School, class of 1941, where he was a three sport letterman. After high school, he attended St. Lawrence University and then served in the US Army Air Corp during WWII in the Pacific Theater of Operations, attaining the rank of 1st Lt. as a Navigator on the B-29 Superfortress. After his time in the service, he graduated from Rutgers University with a degree in business. He worked for many years for Central Hudson Gas & Electric, concluding his career as District Manager in charge of the Kingston, Newburgh, and Poughkeepsie facilities. He was a member for many years on the Board of Directors of Ulster Savings Bank.

In addition to his wife he is survived by his children; John (Kathleen) Benjamin of Mountain Top, PA, Lynn (Ralph) Boettger of Ithaca, NY, grandchildren, Allison (Colby) Janisch, Scott Boettger, Matthew Benjamin and Meredith (Adam Kaufman) Benjamin. He is predeceased by his siblings, Charles Benjamin and Lily Brinnier.

Entrusted to the care of A. Carr & Son Funeral Home, 65 Lucas Ave, Kingston where family and friends may visit on Saturday September 30, 2017 from 11am to 1pm. The service will start at 1pm with burial following in Montrepose Cemetery, Kingston. In lieu of flowers donations may be made to the Alzheimer's Association at www.ALZ.org . To leave an expression of sympathy, please visit www.CarrFH.com(Do not delete this line. It does not print. Text that is to appear on web must be entered after this line)A�

To order memorial trees or send flowers to the family in memory of Joseph J. Benjamin, please visit our flower store.