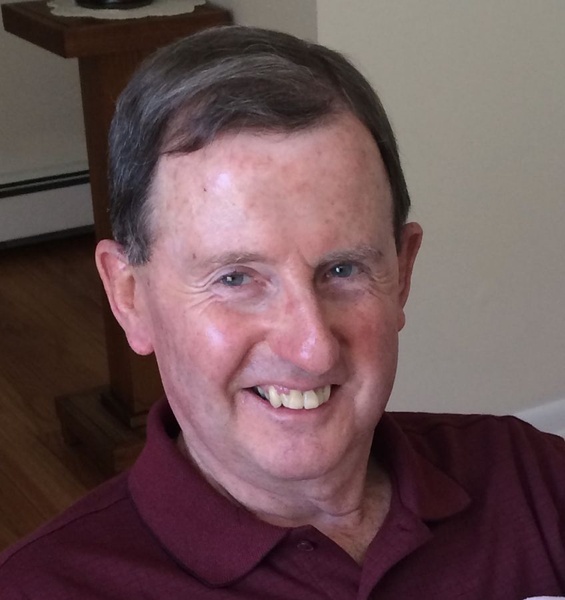 Well-known area banker John Michael Werner, 71, of Hurley died Tuesday, April 16, 2019 at Westchester Medical Center in Valhalla from complications of a traumatic brain injury sustained in a fall on March 17. John was born in Port Jervis on December 16, 1947, the first child of David J. and Rosemary (Witt) Werner. He graduated from Port Jervis High School in 1966 and Rutgers College of Rutgers University in 1970 as an economics major. He also earned an MBA degree from University of Massachusetts, Amherst in 1972.

In 1975, he married Kathy Stabbert of Callicoon in that community. Their union produced a daughter, Dr. Elizabeth Werner and a son, Michael Werner. John began his 47-year banking career at County Trust in Monticello. Along his professional journey he worked for The Bank of New York, Fleet National Bank, Key Bank NA, Catskill Hudson Bank and most recently, as a consultant for Bank of Greene County. John's expertise was in the fields of commercial lending and private banking. In remembering John, Donald E. Gibson, president of Bank of Greene County said, "John was truly a one of a kind, he embodied the term gentleman banker. It would be impossible for us to replicate his style and personality. Whenever we visited clients we would refer to John as the 'Honorary Mayor of Ulster County.' I never met anyone who did not like John, he was truly one of the kindest people I have ever met."

John was deeply involved in the professional and civic life of his community. He was a past director and member of the Ulster County Chamber of Commerce, past president and director of Rotary International, and a past director of the Ulster County Industrial Development Agency, the Benedictine Health Foundation, and the Kingston Klock Foundation. Banking was his profession but golf was his passion. He began golfing at the Port Jervis Country Club while he was a young boy. He would throw his bag over his shoulder and ride his bicycle from West End to the course. He became a skilled player, with five holes-in-one on his card and played to a low single-digit handicap for most of his career. He was a member of the varsity golf teams in both high school and college and while at Rutgers in 1969 played in a NCAA championship match at The Broadmoor in Colorado Springs.

His knowledge of the sport, its players, and courses was encyclopedic and he possessed a photographic memory of his play. He remembered nearly every match he ever played, who his opponent was, the match score, and how he played every hole. He could tell you what every hole looked like on every golf course he ever played. He was the treasurer of the Hudson Valley Golf Association and a 34-year member of Wiltwyck Golf Club in Kingston. He was a past club champion at Port Jervis Country Club. Nothing made him happier than walking the fairways with his friends, enjoying an early morning round. John was a golfer.

John also loved to travel and he and his wife Kathy toured Europe extensively. One of his happiest moments was standing on the Swilcan Bridge at the Old Course at St. Andrew's Links in Scotland. He was predeceased first by his parents and then a brother, Paul, on August 12, 2017. John is survived by his wife Kathy of Hurley; a daughter, Dr. Elizabeth Werner and her husband Peter Lefkovits of New York and their daughter, Adeline; a son, Michael Werner of Kingston; a brother, David (Paula) of Stockbridge, Georgia, and two sisters, Kathryn (Peter) Zlomek of Chenango Bridge and Susan Werner of Toms River, NJ. Also surviving are sisters-in-law Laurie (Richard) Sanford of Bloomville, Billie (Peter) Finch of Riverview, FL, Mary (John) Hope-Ross of Naugatuck, CT and a brother-in-law, Frederick (Regina) Stabbert III of Callicoon. Many nieces and nephews and great nieces and nephews also survive. John is also survived by George and Gracie, his adopted rescue dogs who brought him so much pleasure.

Funeral arrangements are by the Keyser Funeral Service, 326 Albany Avenue, Kingston, NY. Family and friends may visit on Friday, April 26, from 3 p.m. to 7 p.m. A Celebration of John's Life will be held on Saturday, April 27, at 11 a.m. at the Keyser Funeral Home. To honor John's memory, donations may be made to either: (1.) "The Finn" a junior golf tournament free to area youth at John's beloved Wiltwyck Golf Club, 404 Steward Lane, Kingston, NY 12401 or (2.) the Ulster County SPCA, 20 Wiedy Road, Kingston, NY 12401. To leave an expression of sympathy, please visit https://www.keyserfuneralservice.com/.

To order memorial trees or send flowers to the family in memory of John M. Werner, please visit our flower store.