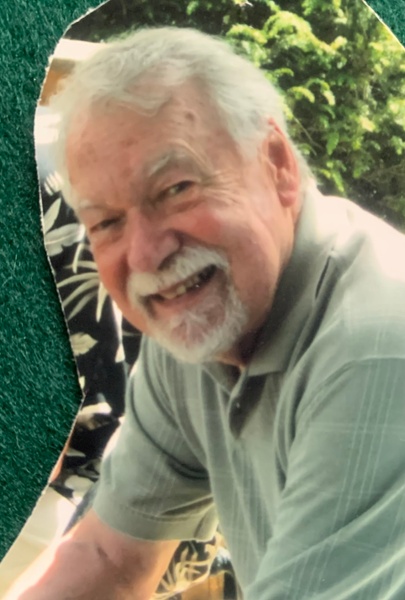 John Gillett, of Woodstock, NY, passed away on May 4, 2022 at Vassar Hospital in Poughkeepsie, NY, with some family at his side, due to complications from past cancer surgeries.  He was born on February 21, 1935 to Harold Gillett and Annie Ogden, in Liverpool, England.  For his protection during World War II, he was sent away from his family to Wales from the ages of 5 to 10. By the age of 15, he was living on his own.  He served in Her Majesty’s Air Force for two years, and later worked for a telephone company in England.  He attained Bachelor’s and Master’s degrees in Electrical Engineering.  He was ultimately hired by IBM corporation in Hursley, England and was recruited to work at the company headquarters in Armonk, NY.  He became a naturalized U.S. citizen in 1967.  He had a successful 31-year career with IBM, retiring from the Kingston, NY location.

During John’s career at IBM, he helped develop many cutting-edge technologies, earning 42 patents. He was involved with the team that developed the Data Encryption Standard for the NSA, later released as a widely-used Federal standard, as well as on the 3340 “Winchester” hard disk drive, an early and influential model whose nickname is still sometimes used as a generic term for a hard drive.

Known at many local restaurants as “Mr. Splendid”, John was appreciated for his positive attitude and quick wit.  He had “uncommon seldom” kindness and was quick to point out a “gentleman and a scholar”.  He had an innate love for others which was made clear with his frequent greeting, “Hello Luv!” He had a fighting spirit, and endured multiple surgeries as well as prostate cancer and bladder cancer without dimming his positivity. A lover of Puccini, Shakespeare, squash, sailing, photography, and long-form comic poetry, he would often raise a glass and wish that you “may never go ragged and squint.”  He enjoyed playing classical guitar and had a guitar custom-made in order to accommodate his large hands.

He is survived by his wife of almost 40 years, Pam Weber, and daughters Alison (Steve) Levinson of Georgia and Karen Groh, of Pennsylvania, with stepsons Matt (Kris), of Michigan, and Timothy, of New York.  He loved his grandchildren: Alex, Aaron, Joshua, Sarah, Rachel, Brian, and Clara. He was predeceased by siblings and former wife Jill in England.

Arrangements entrusted to Keyser Funeral & Cremation Service, 326 Albany Avenue, Kingston, NY 12401, where family and friends may visit on Tuesday, May 10, 2022 from 4pm to 6pm with a memorial service taking place at 6pm. Face coverings are required. A graveside service will be held at 11am on Friday, May 13, 2022 at Woodstock Cemetery, Woodstock, NY. A tribute for John can be found at www.KeyserFuneralService.com, where you may leave memories and expressions of sympathy for his family.

To order memorial trees or send flowers to the family in memory of John Gillett, please visit our flower store.