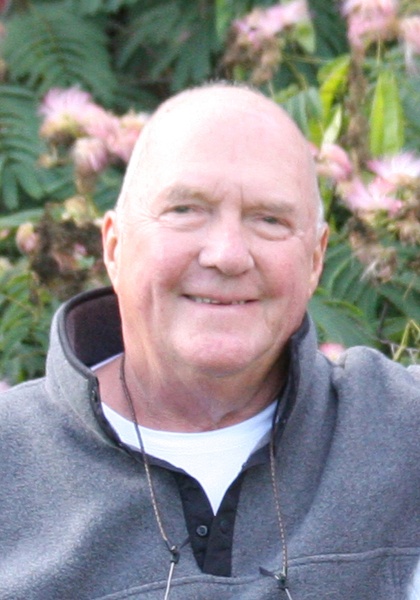 John F. Crews of Port Ewen died at Health Alliance Hospital on December 1 after a six and a half year battle with Glioblastoma. John was born on June 29, 1938 at Christ Hospital in Jersey City, NJ to the late Bessie Jennings Crews and John Crews.
John F. was educated in the NYC School System including McKee Vocational and Technical High School on Staten Island. He was the class Valedictorian when he graduated from Mc Kee. He was a member of the first graduating Class at Staten Island Community College and immediately following his graduation enlisted in the United States Marine Corps where he had pre-qualified for PILOT Training. He was assigned to the Naval Air Station in Pensacola Florida, the home of the Naval Aviation Training command to begin pre-flight training.

Upon his successful completion of the preflight program he was designated a First Lieutenant and proceeded to the advanced Flying phases of Pilot training. During his active duty service tenure he piloted several models and types of fixed wing conventional powered and jet powered naval aircraft. He also qualified as an Aircraft Carrier Pilot executing the required number of "Touch-and-Go" and tail-hook arrested landings aboard the air craft Carrier USS Antietam (CVS36) during training missions in the Gulf of Mexico to qualify as a Member of the Tail Hook Association.

Upon completion of his active duty commitment he was discharged from the Marine CORPS and returned to Staten Island where he enrolled at Wagner College in a 4 year degree Program. He completed his studies at Wagner College earning a Bachelor of Arts Degree with a major In Sociology and a minor in economics. Upon graduation he was recruited by IBM and the company relocated him to Kingston NY where John began a 28 year career with IBM; starting as a Production Control Analyzer. He advanced rapidly through the ranks, including Department Manager, Project Manager and a major management reorganization moved him from the Kingston Site to Poughkeepsie where he completed his Career having held such senior management and executive management assignments including Production Control Manager, Materials Manager, Quality Excellence Manager and Procurement Manager. During his tenure as the Production Control Manager at IBM Poughkeepsie he attended an intensive course of study at the Amos Tuck School of Business at Dartmouth College.

Throughout his IBM career John was active in the local community serving as a board member of the Children's Rehabilitation Center in Kingston, a Board Member and President of the Kingston Boys Club, member Kingston Kiwanis, campaign volunteer for the United Way of Dutchess County and United Way of Ulster County, and a member of the Ulster Chamber of Commerce. He was a member of the Ethics Committees of Benedictine Hospital and Health Alliance of the Hudson Valley. John was most active in his church, the Lutheran Church of the Redeemer in downtown Kingston where he was a leader for more than 50 years including 4 years as President of the Church Council.

Some months after his retirement from IBM, he took a position as a Field Representative with the Northeast Manufacturing Technology Center NEMTEC located at Rensselaer Polytechnic Institute in Troy, NY. This was followed by the position of Managing Director of a state-wide program sponsored by the NYS Science and Technology Foundation and John's final career move brought him back to the Hudson Valley where he was appointed Executive Director of The Hudson Valley Regional Council and Team Hudson Valley. After his final retirement John and Carol split their time between their homes in Port Ewen, NY and in West Palm Beach, Florida.

John is survived by his wife of 58 years Carol Gaise Crews, two sons John David of Lake Katrine and Christopher (Susan) of Port Ewen, Grandson Carson Christopher and sister-in-law and brother-in-law Jean and John Swedberg of Staten Island. Carol and John are God parents to Keoka Dorsainville of Kingston.

To order memorial trees or send flowers to the family in memory of John F. Crews, please visit our flower store.