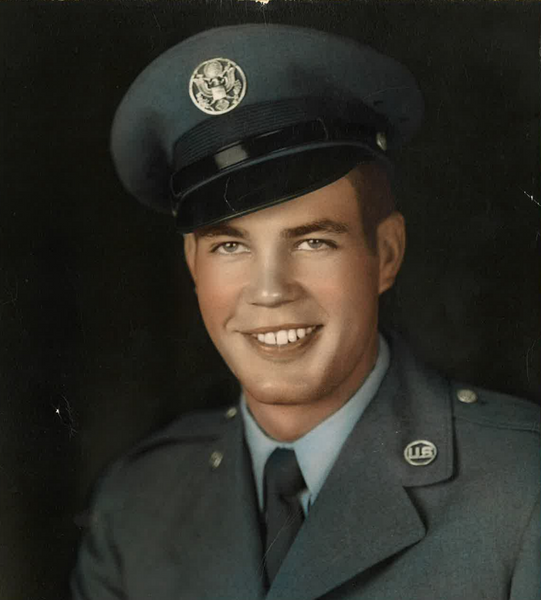 John J. Bunce, 90, of Kingston, NY, passed away suddenly Saturday, April 9, 2022 at Health Alliance Hospital - Broadway Campus in Kingston, NY. He was born March 31, 1932 in Kingston, NY, son of the late Henry and Mary (Lansing) Bunce. John was married to Marie (Alfini) Bunce for 52 years, Marie passed away in 2005. As a hobby, John and Marie built several homes around the City of Kingston.

John proudly served in the US Air Force during the Korean War. During his time in the Air Force, John was stationed throughout England and Africa. He regularly said that he traveled the entire world and thought that Ulster County was the most beautiful place to live.

Nothing brought John more joy than watching his grandchildren swim, and he proudly did not miss a Hurley Tiger Shark swim meet in 20 years. He enjoyed Sunday morning breakfasts with his large, loud extended family and looked forward to eating the most delicious soup every Tuesday night made just for him by Zia Emily Oppimitti. Before COVID, John enjoyed attending the City of Kingston Common Council meetings and he loved going to Music in the Parks. He was a licensed pilot who owned his own plane, an avid boater, and in his younger years enjoyed long rides on his motorcycle. He had a full head of hair that he attributed to using a brush daily, not a comb, and he would tell that to anyone who would listen. One of John’s favorite things to do was sit on the front porch and wave to people as they passed. He spent the last week of his life in Disney World with his family where he enjoyed rides, attractions, shows, and ate too much. John was a true gentleman who never said a bad word about anyone.

John retired from the Hudson Cement Plant where he was a Superintendent for many years and IUOE Local 825 where he was a Bulldozer Operator. He set the example of what hard work and union loyalty were all about.

John is survived by his children, Richard Bunce and his wife Debbie of Leesburg, FL, John "Mark" Bunce and Deborah Menard of Kingston, and his favorite daughter Elisa Tinti and her husband Egidio of Marbletown, his grandchildren, Tiffany Bunce, London and Joshua Smith, Angela and Luis Vejar, Joshua and Justin Bunce, Madison, Connor, Parker, and Turner Ball (Larry Ball), as well as step grandchildren, Christina Tinti, Christopher Glancy, Elmo Tinti, and Allysa Laik, several great grandchildren, nieces, and nephews including Randy, Karen, Chris and Angie Ryan whom he loved very much. In addition to his wife and parents, John is predeceased by his siblings, Henry Bunce, Frank Bunce, Mary Bunce, Joseph Bunce, and his daughter in law, Katrina (Dudek) Bunce and most recently his beloved dog Zoe who was his constant companion.

Arrangements entrusted to Keyser Funeral & Cremation Service, 326 Albany Avenue, Kingston, NY 12401, where family and friends may visit on Tuesday April 19, 2022 from 4pm to 7pm. A Mass of Christian Burial will be celebrated at 10am on Wednesday, April 20, 2022 at St. Joseph's RC Church, 242 Wall Street, Kingston, NY 12401. Entombment will follow at Wiltwyck Rural Cemetery. For those who wish, contributions in John’s memory may be made to VA Medical Center, c/o Voluntary Service (135), Canandaigua, New York 14424. A tribute for John can be found at www.KeyserFuneralService.com, where you may leave memories and expressions of sympathy for his family.

To order memorial trees or send flowers to the family in memory of John Bunce, please visit our flower store.