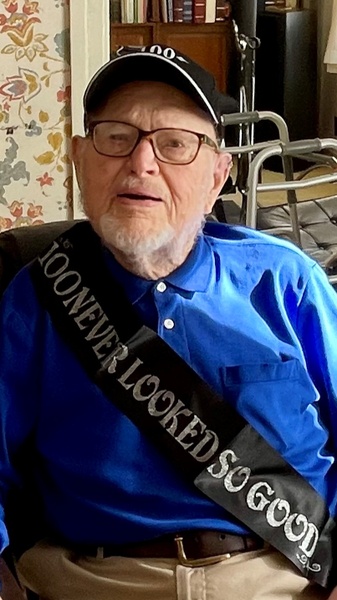 Hurley - John Van Etten Brinnier of Dug Hill Road died Saturday, May 14, 2022. Born January 30, 1922, in Kingston, NY, the son of the late Parker K. and Ruth (Bushnell) Brinnier. John graduated from Kingston High School and received his bachelor's degree from Rider College. John served during WWII with the US Army Air Corps in England as a radio mechanic with a squadron of P-51s. He was a manager with the Ulster County Department of Social Services until his retirement in 1984. On December 3, 1949, he wed his wife of 69 years, Katherine "Kay" Meddaugh in New Milford, CT. John and Kay raised four sons at their treasured home on Dug Hill Rd. John traveled the globe extensively with Kay. He enjoyed landscaping and gardening on the property and was always interested in new and unique plants. John was a "Jack-of-all-Trades" and taught his sons to be self-sufficient and competent. Always humble, honest and kind, he was a true role model for his family and friends. In January of this year, John celebrated his 100th birthday with his family, friends, and neighbors. He was thrilled and surprised by the affection shown by all who attended. To those who knew him it was no surprise.

To order memorial trees or send flowers to the family in memory of John Brinnier, please visit our flower store.