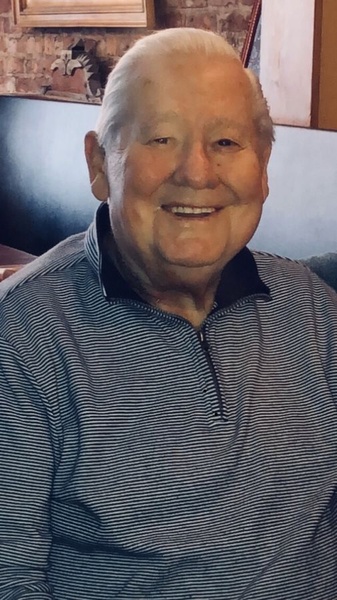 He was born in Kingston on June 1, 1935 and was the son of the late Joseph and Stella Cwill Turck

After serving he the Army, he was a patrolman for the Kingston Police Department rom 1958 - 1961. He then joined the New York State Troopers, serving from 1961 till 1978.

He was the founder of the family business, Aqua Jet Pools & Spas in 1969, moving to the Town of Ulster in 1981. He was also a member of the North East Spa Pool Association. (NESPA)

John was a dedicated family man; his family was always his priority and recipients of his adoration. He enjoyed working in the family business and wouldn't allow himself to truly retire. He enjoyed traveling around the world and making new friends. He was gregarious, loved the art of socializing and had an absolute gift for making friends. If you traveled with John it was commonplace to be in a foreign country or distant airport and hear someone yelling, "Hey John" and then come running up and hug him. It would be a friend and apparent honorary member of the Turck family that he had met on previous travels. He made everyone he met feel important and good about themselves, whether it was a busboy, parking lot attendant, fellow business owner or complete stranger. He was known for his charisma, his cheesy smile especially when he had a little something up his sleeve, which was usually him doing something kind and generous for someone else. He derived true joy in doing for others. Combined with his infectious cheesy smile you would often get his familiar greetings of, "Hey Chief" or "Hey Baby" and being an avid NY Jets fan the frequent and sometimes over the top "J-E-T-S, Jets, Jets, Jets." John also enjoyed his favorite after dinner drink, a Lemoncello martini. He would be more than happy to provide the bartender with friendly instructions on the proper way to prepare the drink, it was an entertaining ritual.

Entrusted to Keyser Funeral & Cremation Service, 326 Albany Avenue, Kingston, the family will receive their friends on Thursday from 4 - 7 pm. On Friday the procession will form at the funeral home at 10 a.m. A Mass of Christian Burial will be Celebrated at St. Mary's of the Snow RC Church, Saugerties at 11 a.m. Entombment in Wiltwyck Cemetery Mausoleum

For those who wish, contributions in John's memory may be made to UC SPCA, 20 Wiedy Road, Kingston, NY 12401

A tribute for John may be found at www.KeyserFuneralService.com , where you may leave memories and expressions of sympathy for his family.

To order memorial trees or send flowers to the family in memory of John A Turck, please visit our flower store.