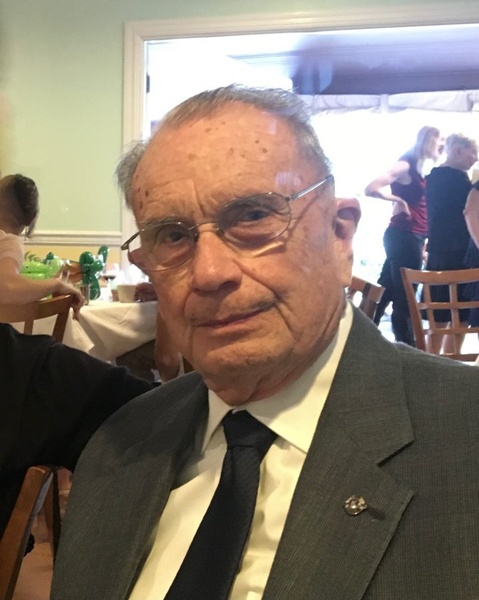 James Leonard "Len" Cleveland, 86, of Kingston, NY, passed away Thursday, December 9, 2021 at Health Alliance Hospital - Broadway Campus in Kingston, NY peacefully with his family at his side. He was born June 15, 1935 in Washington DC, son of the late James Young Cleveland and Grace (Shipman) Cleveland. He graduated from Scarsdale High School and the University of Maryland. Len worked for IBM in Kingston for 36 years, retiring as Senior Systems Design Engineer.

Len was a 50 year member of the Kiwanis Club of Kingston where he had served as President. Past Commander of the Kingston US Coast Guard Auxiliary. Leader in the Boy Scouts of America Rip Van Winkle Council where he served as the Scouting for Food Drive Chairman for over 25 years. Len also served on the Greater Consistory of Fair Street Reformed Church in many capacities.

He became an Eagle Scout in his youth and later was Scout Leader for Troop 20 in Hurley when his son Jay was a Scout there. In 1993, Len helped charter Sea Explorer Scout Ship 609. He was also a long-time instructor for NYS Safe Boating.

Len is survived by his wife of 52 years, Virginia (Bunting) Cleveland of Kingston, his son, James C. "Jay" Cleveland and his wife Michele of Point Pleasant, NJ, and his grandchildren, Bridget and Sean Cleveland. He is also survived by nephews and many cousins. In addition to his parents, he is predeceased by his brother, William A. Cleveland.

Arrangements are entrusted to Keyser Funeral & Cremation Service, 326 Albany Avenue, Kingston, NY 12401, where family and friends may visit on Monday, December 13, 2021 from 10am to 11:30am. The funeral service will be held at 11:30am with the Reverend James Alley presiding, followed by burial in Wiltwyck Cemetery, Kingston.

In lieu of flowers, donations can be made to Rip Van Winkle Council Boy Scouts of America, 1300 Ulster Ave., Suite 107, Kingston, NY 12401 (please note "Memorial Fund" in the memo), or Kiwanis Club of Kingston, PO Box 3161, Kingston, NY 12402. A tribute for Len can be found at www.KeyserFuneralService.com , where you may leave memories and expressions of sympathy for his family.

To order memorial trees or send flowers to the family in memory of James Leonard "Len" Cleveland, please visit our flower store.