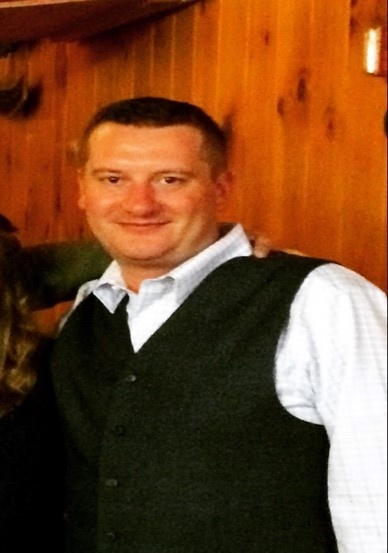 Jack Engel Young, a sports marketing executive and Cornell University and Ithaca High School graduate, died last weekend at his home in Washington, DC, of natural causes. He was 34. Steady, kind, and cheerfully stubborn, Jack was a favorite among his family and many friends, in Ithaca, Salt Lake City, and Washington, DC, where he lived in recent years.

Born in Ithaca to Jennifer Engel, owner of The Cat's Pajamas, and her husband Larry Young, a partner at Richardson Brothers, Jack, a boy with blonde curls who loved sports, country music, pizza, and bacon, thrived at school and with friends. One lifelong friend, Lindsey Simrell, recalled elaborate childhood Halloween costumes (one featured Jack as the Tin Man with his dad's axe), endless outdoor games and sleepovers with their little brothers, Robbie and Timmy, and dogs, Charlotte and Webby, snuggled head-to-foot-to-paw.

After graduating in 2007 from Cornell with a degree in economics and business, Jack put his natural quantitative and people skills and his love of sports to work selling tickets in Salt Lake City for the Utah Grizzlies, a minor league hockey team.

In Utah, Jack, a standout high school hockey player, took up downhill skiing and bonded with other young salesmen at his company. He quickly won promotions and star status for his ability to craft creative solutions for clients, the Grizzlies, and later the Universities of Utah and Maryland. Plainspoken and interested in everything from African wildlife to Broadway shows, Jack wowed colleagues with his ability to merge his passion for sports with his head for details.

"Jack was by far the best salesperson I have ever hired,'' said Andy Waters, general manager at the University of Utah, where Jack moved after his time with the Grizzlies. What initially impressed Waters most was that Jack had foregone a traditional East Coast finance career to forge his own path out West, where his pastel golf shirts and Bermuda needlepoint belt stood out against Western style office wear. Soon, Waters and others recognized Jack's quiet confidence, doggedness, and ability to connect with clients as a powerful asset.

Jack always took time for his family and loved the annual gatherings in Bermuda and at the New Jersey Shore. At the beach, Jack spent countless hours playing card games, throwing the football and lacrosse balls, riding waves, working on his sunburn "base tan,'' dominating mini-golf (closing with a playoff win against his brother Robbie at the Marge Young Invitational), and joining the stalwart foundation of the precarious family pyramid. He loved tailgating for New York Giants games and trips to Madison Square Garden, not just for Rangers hockey games, but also for the Westminster Dog Show, attended in full formal regalia each year. Jack kept his hockey gear -- always ready for a pick-up game-- in a sports clothing heap in the back of his jeep. He spent extended time with his Engel cousins during college, living and working in London and North Carolina. Trips to Paris, Normandy and the Caribbean with his Grandma Jane and Tante Liz were also highlights.

Jack's instant familiarity, gentle teasing and ability to laugh at himself made him a family favorite. He could often be found lounging on a couch, book or TV clicker in hand, bouncing between sports programs. Earnest and able, Jack took time with even the youngest cousins, remembering school details and favorite ice cream flavors. He loved children and treated them as peers, earning him beloved pied piper status.

Jack's cooking skills -grilling steak and rolling Nana's meatballs - were legend. He insisted that "you can never have too much meat.'' His mother Jennifer Engel had started her baby Jack on fruits and vegetables but left him one day with his grandfather, Bob Engel, who insisted Jack needed an introduction to meat. One hour and a huge mess later, Jennifer found her baby with full cheeks and eager fistfuls of crumbled beef and knew she had a carnivore on her hands.

Jack loved to tell stories, chuckling as he talked, and he captivated friends with humorous tales, a favorite being the Midnight Pool Hopping Story in which his father and friends hopped in and out of 22 backyard pools in Rochester one summer night. "It was great fun for them, but it was not good for car interiors," was his favorite punchline.

Though his heart remained in Ithaca at Lake Cayuga, where he spent many happy hours sitting on the family dock or paddling a kayak with his dog Parker as the hood ornament, Jack loved living in DC, where he enjoyed visiting museums and the zoo, cheering on his favorite sports teams, and admiring Washington's cherry blossoms.

Jack was inquisitive and patient, kind and goofy. He was consistent, sharp-witted and unfailingly loyal. Jack's occasional pensiveness could seem like caution, but his generosity of spirit and innate ability to make people feel valued shone through in his easy smile and ready embrace.

The family asks that instead of flowers, donations can be sent to support a fund in Jack's honor, dedicated to activities he loved most: community sports, civic and cultural arts, animal welfare, and conservation. Checks can be made out to: The Community Foundation of Tompkins County, mailed to 200 East Buffalo Street, Ithaca, NY 14850. Write "JACK ENGEL YOUNG FUND" in the memo line.

To order memorial trees or send flowers to the family in memory of Jack Engel Young, please visit our flower store.