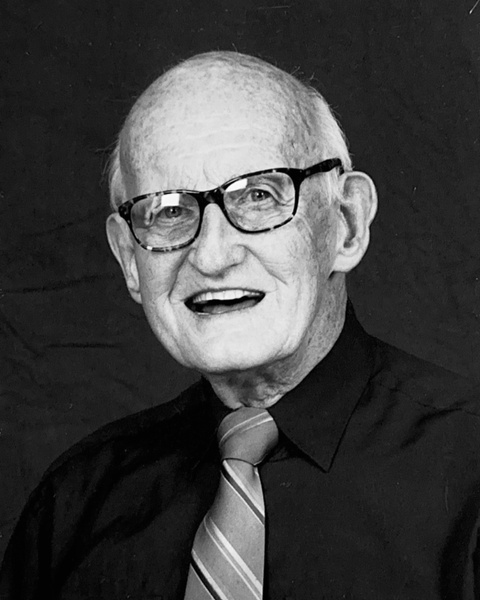 Irving J. Kotrady, 96, of Lake Katrine, passed peacefully in his sleep the morning of Tuesday, October 4, 2022 at TenBroeck Center for Nursing and Rehabilitation.  Irv was a loving and devoted husband, father, grandfather, brother, uncle and friend.  Irving was born on March 24, 1926 in Kingston, NY to the late George M. Sr. and Helen (Rose) Kotrady.  He was the husband of the late Marjorie Cubberly Rando; they wed on May 29, 1960.  His beloved “Margie” passed away on February 4, 2009.

Irving served in the U.S. Army during World War II in the European Theater from 1944 to 1946.  He was awarded the Bronze Star, Purple Heart and Good Conduct Medal.  Following his service in the Army, Irving was employed locally by Western Union Telegraph Company and the U.S. Post Office.  For over 35 years, Irving worked at Ulster Savings Bank; attaining the positions of Vice President and Treasurer.  Following his retirement from Ulster Savings, he went on to work for Walden Savings Bank as an Assistant Treasurer.

Irving was a graduate of Kingston High School, class of 1943.  He was an active and lifetime member of St. James United Methodist Church in Kingston; serving on various committees and commissions throughout the years.  Irving served in various positions with the Kingston Masonic Lodge 310 F&AM and the Kingston Rotary Club.  Irv was also a member of the Moose Lodge #904 in Hyde Park, NY where he and Marj spent many a Saturday night dancing with friends to the music of Russ Allen.  Irv very much loved and enjoyed spending time with his family and friends; was a great storyteller, and was the quintessential definition of the word GENTLEMAN.

Irving is survived by his daughter Lisa Kotrady Dosiak and Stepson Albert Rando.  His grandchildren Micaela Dosiak and Alex Rando.  His brother George (JoDell) Kotrady, his sisters Sandra MacCreery and Teri Quarantino.  Brother- in- law Kenneth VanWagenen.  Many nieces and nephews also survive. In addition to his parents and his wife, Irving was preceded in death by his stepmother Edna Kotrady; his sisters Roselyn Carle and Phyllis VanWagenen; his brothers in law William Carle, Amos MacCreery, Tony Quarantino and Gabriel Szekeres; his sister in law Marion Szekeres, and daughter in law Carol Rando.

Entrusted to the care of Keyser Funeral & Cremation Service, 326 Albany Ave., Kingston.  Family and friends will be received at the funeral home on Wednesday, October 12 from 4 to 7 pm.  The funeral service will take place at St. James United Methodist Church, 35 Pearl Street, Kingston on Saturday, October 15 at 11:00 a.m. with Pastor Bob Milsom officiating.  Live-streaming capabilities are available.  Burial immediately following the service at Fairview Cemetery in Stone Ridge with military honors.

In lieu of flowers, the family suggests that memorial contributions be made to St. James United Methodist Church, the Ulster County ASPCA, or to an organization or charity of your choice.

Lastly, keeping with Irving’s expression of his steadfast belief and quiet faith, say a silent prayer for those who are struggling, give a hug, share a smile, be a friend and above all as he always ended every conversation with… “DON’T FORGET I LOVE YOU”

To order memorial trees or send flowers to the family in memory of Irving J. Kotrady, please visit our flower store.