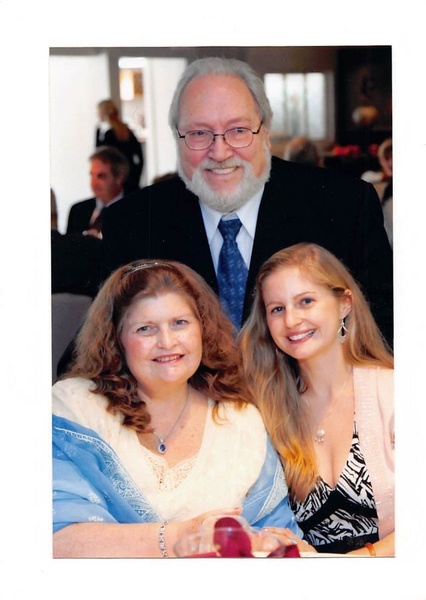 Hermine was born in Kingston on January 5, 1951, the oldest of four children to William Sherrill Keyser and Natalie LaTour Keyser. She was a graduate of Kingston High School Class of 1969 and attended Wagner College and Empire State College, where she graduated in 2003 with a bachelor's degree.

Throughout her life Hermine had a deep love of music, often remembering the joys of her childhood and youth that were significantly influenced by her grandfather Herman LaTour, a well-known Kingston conductor and choir director. Hermine had a beautiful voice, played guitar, performed folk tunes in cafés, sang sacred music in church choirs and for weddings, and participated in a variety of musical activities throughout her life. She especially enjoyed old German songs, which reminded her of traditional choirs and chorister clubs such as the Mannerchor and Damenchor that were once popular in the Hudson Valley, as well as more modern classics, especially Edelweiss. While she loved music, she felt her calling was to help others, which she did with care, dignity, and respect as Director of Medicaid for the Ulster County Department of Social Services where she served the community for more than three decades.

Hermine and her late husband Otto enjoyed their winter home in Lake Placid, Florida and also loved to travel. They were both particularly fond of Caribbean cruises, but traveled extensively. They took an especially meaningful trip to China, where they went with family and friends to visit their daughter Katie who was studying at Beijing University.

Hermine and Otto had also been foster parents and were always supportive of those around them. She especially enjoyed the joyful gatherings of family and friends, particularly the legions of cousins, nieces, nephews, grandchildren, and extended family who made their way to her home every summer for pizza and pool parties. Hermine was most proud of her adored young grandson Otto Ernest, whom she treasured with deepest love, and especially enjoyed when he called her Nana and sat in her lap while she sang to him. Hermine appreciated the care and support of her family and friends, especially her sister Krista whose dedication and attentiveness gave her great comfort; her nieces Shannon and Kristen, and cousins Karlyn and Sarah, whose considerate and thoughtful assistance provided calming support; and friend Lou who offered dutiful and patient caregiving.

Hermine's twin miniature schnauzers Wolfie and Junie were her constant and trusted companions, even when they tried to escape from the yard for an occasional adventure. Hermine touched a great many people and loved her family and friends and was affectionately known as "Auntie" by her many nieces and nephews.

The family wishes to thank the staff in the ICU and on 2 West and especially to Doctor Michael Moscowitz and Bridget Lasecki, PA, at the HealthAlliance Hospital Broadway, and to Donna Siegel, PA, of the DeLeo Family Practice, and to the Hospice of Ulster County caregivers and the musicians who provided music that Hermine so loved.

The funeral arrangements are entrusted to the care of Keyser Funeral & Cremation Service, 326 Albany Ave., Kingston, where family and friends may visit on Saturday, October 30, 2021 from 2:00 - 4:00 PM. The Celebration of Hermine's life will be at 4:00.

In lieu of flowers, memorial contributions can be made to the Musical Society of Kingston, care of, Lydia Newcombe, Treasurer, 301 Kiersted Lane, Kingston, NY 12401; or to Hudson Valley Hospice.
To leave an expression of sympathy, please visit www.KeyserFuneralService.com

To order memorial trees or send flowers to the family in memory of Hermine Keyser Scheu, please visit our flower store.