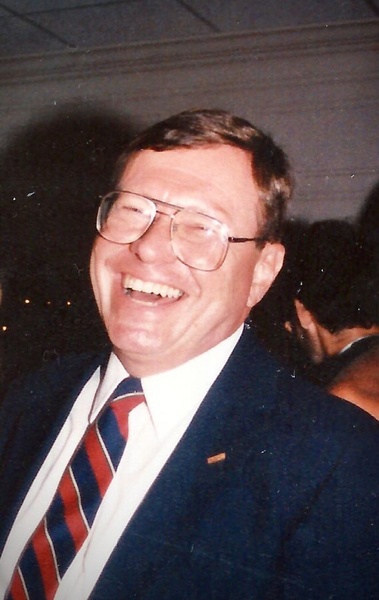 Herb Hekler's lessons
- Always advocate what you think is right, even if it may not be popular at the time.
- Be considerate of other people's needs and opinions.
- Do your homework.
- Have partners.
- Give credit to others.
-Herb Hekler (from Pattern for Progress Newsletter, Oct 2004)

Herbert Martin Hekler, 82, of Kingston, NY, passed away Wednesday, August 4, 2021 at The Center for Hope in Scotch Plains, NJ, surrounded by his loving family. He was born December 14, 1938 in New York City, son of the late Karl and Maria (Engelmann) Hekler.

Throughout his life, Herb deeply valued education. He received his bachelor's degree from CUNY Queens College in Economics, and later received his master's degree in city planning from MIT via the Harvard/MIT Joint Center for Urban Studies. This program was a pioneer in what would later be called "smart growth," which focuses on sustainably balancing the needs of the public, the environment, and economic development. He was also awarded a prestigious Fullbright Fellowship to study abroad in Hannover Germany. In his professional life he continued to foster education among his staff and taught planning law at SUNY New Paltz in their continuing education program.

Public service was his calling as he dedicated himself to his community, with an impact that will live on.

He served as Ulster County Planning Director for 36 years making him the longest serving planning director in New York State, when he retired in 2004. He loved Ulster County and the Hudson Valley and was known for having an encyclopedic knowledge of the area, both in terms of its natural and social history. As a public servant, he was committed to advancing the common good and, as such, took great pride in his ability to work with both Republicans and Democrats to work together.

"I don't hide under a rock and say it's your problem. My method: get facts; work with you and other staff; and develop solutions that are workable and politically acceptable. I believe in teamwork and both give and accept help willingly." - Herbert Hekler

During his tenure, he worked to develop solutions to some of Ulster County's greatest challenges. For example, he advanced several economic renewal projects after the closure of the IBM manufacturing facility in the 1980's and 90's. He also successfully spearheaded multiple efforts for federal and state development grants and received repeated recognition for creative solutions to foster small business development through technology incubators.

While not part of his normal position as Planning Director, he was asked to save the failing public bus system of Ulster County, which is now called UCAT. During his tenure, Herb reinvented UCAT into a robust, financially viable public service, providing affordable, disability accessible transportation for Ulster County's residents to this day.

In terms of impact, one of his greatest points of pride was his role in the purchase and establishment of the current Sojourner Truth Park - then known as Ulster Landing Park. Herb had the vision of advancing this park and sought to create a protected place on the Hudson River that would be accessible and welcoming to everyone. A commemorative plaque, in recognition of Herb's vital role in the establishment of this park can be found at Sojourner Truth Park.

Beyond his professional service, Herb was an active community member. He served as a Trustee for Ulster Saving Bank. He was a member of the Chamber of Commerce where he was honored as "Irishman of the Year." He was a proud member of Hidden Harbor Yacht Club where he had served as Commodore. He was a founding member of the Kingston Maritime Center. He was also a member of Redeemer Lutheran Church.

As these stories illustrate, Herb was always dedicated to work with others. He also lived up to this ideal when communing with nature. Among his most cherished travels included a yearly boat trip down the Hudson River to Long Island Sound. When planning this trip, he monitored the tides closely to ensure that he and the family always went with the tides instead of against them. He also had a life-long passion for National Parks, visiting them throughout his lifetime, including, for example, on his honeymoon with Elke and with a family-cherished cross-country trek they took together in their camper.

Another great joy of Herb's was music. He was an accomplished accordion and piano player, having played professionally to finance his college education. He would continue to perform throughout his life at various events. He also sang in the Redeemer church choir, a highlight of which was the annual performance of Handel's Messiah "Halleluiah Chorus," which was a staple of the Christmas Eve services.

Above all though, Herb's self-proclaimed greatest joy was his family. His dedication to service held true to his family as well. He was a steady and supportive husband, father, grandfather, uncle, brother, and cousin. Throughout his life, but particularly after his retirement, he was well known for constantly bragging and taking pride in his family, who will miss him dearly.

Herb is survived by his wife, Elke (Deichmann) Hekler of Kingston; his children, Garth Hekler and his wife Christina of Herndon, VA, Peter Hekler and his wife Inna of Watchung, NJ, and Eric Chambers Hekler and his wife Andrea of San Diego, CA; his grandchildren, Daiyan, Sasha, Gabriel, Grace, and Elijah; and several nieces, nephews, and cousins. In addition to his parents, he is predeceased by his brothers, Karl Hekler & Alfred "Freddy" Hekler, his brothers-in-law, Bern Deichmann & Karl Sontag, and his sister-in-law, Toby Hekler.

A tribute for Herbert can be found at www.KeyserFuneralService.com , where you may leave memories and expressions of sympathy for his family.

To order memorial trees or send flowers to the family in memory of Herbert Martin Hekler, please visit our flower store.