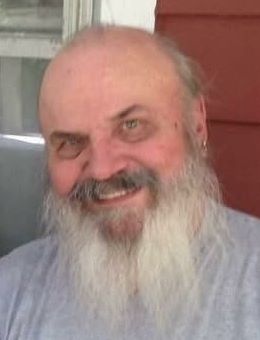 George ''Ron'' Popowich, 70, of Connelly, NY, passed away on Sunday, January 28, 2018. He was born April 19, 1947 in Brooklyn, to the late George Richard Popowich and Bertha Kraatz Popowich. Ron was a Kingston High School graduate, class of 1965. He then served in the US Air Force and later worked as a Plumber for Dyno Nobel in Port Ewen, for many years.

Ron was a member of Connelly Fire Department, Lake Katrine Rod and Gun Club, Joyce-Schirick Post #1386 VFW, and the Hudson Valley Chapter of AMCA. Local people would remember him traveling from Connelly to Port Ewen for a drink at the bar on his donkey, "Dugan". He had a passion for building Harley Davidson Motorcycles, and would often ride with his dog in the side car. Ron would gather on his porch with friends and family, "what happened on the porch, stayed on the porch". Ron annually brought in the New Year with fireworks and a single shotgun blast. His traditions are well known by several generations of Connelly families. His interest in local history and forestry made him a great resource for all.

Ron is survived by his daughter, Sophie Popowich-Ihne and her husband Justin Ihne of Plattsburgh, NY, his grandchildren, Marley, Rowan, and Ethan Ihne, several nieces, nephews, and cousins in Ohio, Florida, South Carolina, and Kingston, as well as his dog, Grizzley. He had a special bond with many in Connelly, especially the Wiley Family as well as his niece Kim, who traveled with him and was his care taker. In addition to his parents he is predeceased by his brother, Philip Kyritz.

Entrusted to the care of Keyser Funeral & Cremation Service, Kingston. A memorial service will take place in the spring and will be announced at a later date. To leave an expression of sympathy, please visit www.KeyserFuneralService.com

To order memorial trees or send flowers to the family in memory of George "Ron" Popowich, please visit our flower store.