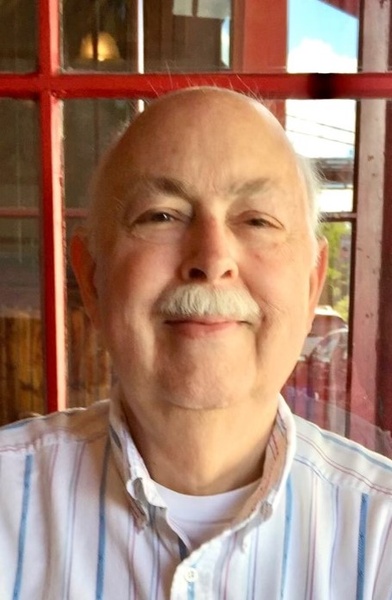 George graduated from Henry Clay High School in 1960. He then served 6 years in the US Navy (1960-1966) as a Submarine Electronics Technician on the USS IREX SS-482, USS PIPER SS-409, and USS TIGRONE AGSS-419. After his service in the Navy, he worked for IBM from 1966-1996, retiring as a Staff Information Developer. He then worked as a Technical Writing Consultant for several years.

George was a volunteer Scouter for 37 years until his health prohibited it. In addition to serving the youth of Port Ewen as a Cubmaster of Pack 26 and Scoutmaster of Troop 26, he counseled several merit badges and taught knife safety to hundreds of Scouts over the years. He completed Wood Badge training, and was proud to serve as a member of Wood Badge staff as he trained the next generation of leaders. He was also a Vigil Honor member of Half Moon Lodge #28, Order of the Arrow.

Along with his involvement in Scouting, George served his community as a volunteer firefighter and officer of Port Ewen Fire Department for many years. He was a Life Member/Holland Club Member of the Hudson Valley Base of United States Submarine Veterans. He had an extensive collection of pens, pocket knives, model airplanes, and “Dad jokes”. He also enjoyed woodcarving and building model airplanes.

Arrangements entrusted to Keyser Funeral & Cremation Service, 326 Albany Avenue, Kingston, NY 12401, where family and friends may visit on Monday August 15, 2022 from 4pm to 7pm. Burial will take place at 10am on Tuesday August 16, 2022 in Viewmont Cemetery, Clermont, NY.

A tribute for George can be found at www.KeyserFuneralService.com, where you may leave memories and expressions of sympathy for his family.

To order memorial trees or send flowers to the family in memory of George C. Bain, please visit our flower store.