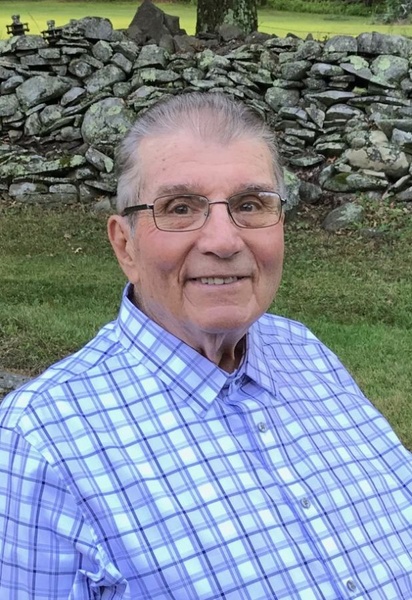 Gabriel Szekeres, 91, of Stone Ridge, NY, passed away on Friday, December 21, 2018 at Health Alliance Hospital in Kingston. He was born on March 24, 1927 in East Kingston, the son of the late Stephen and Klara Balabas Szekeres. Gabriel was married to his loving wife of 44 years, Marion Cubberly Szekeres. Marion passed away in 2002.

Gabe graduated from Kingston High School, Class of 1945. He then served his country in the US Navy during WWII. He later graduated from Rider College with his Bachelor's degree in business in 1951.

Gabe worked for IBM in Kingston & Poughkeepsie from 1952 through 1988. He was a member of the IBM Quarter Century Club, Vly Sportsman's Club, Vly Atwood Fire Company, and American Legion Post # 1512, Stone Ridge. He enjoyed golfing and was an avid hunter and fisherman.

He is survived by his children, Gabriel M. Szekeres of Boulder City, NV, Frank Szekeres and his wife Denise of Lomontville, NY, Carolyn Walsh and her husband Tito of Stone Ridge, NY, David Szekeres and his wife Elaine of Lomontville, NY, his grandchildren, Stefen Szekeres, Gabriele Szekeres, Nicole Cioffi, Trevor Szekeres, Mark Walsh and his wife Erony, Megan Wooten and her husband Peter, Baylee Szekeres, and Brady Szekeres, his great grandchildren, Aiden Szekeres, Jack Ferraro, and Raelynn Wooten, as well as many nieces and nephews.
In addition to his wife and parents he is predeceased by his siblings, Margaret Carpino, Theresa Tiano, Klara Szekeres, Frank Szekeres, Stephen Szekeres, Elizabeth Szekeres, and Andrew Szekeres.
Arrangements entrusted to the care of A. Carr & Son Funeral Home, 65 Lucas Ave, Kingston, NY, where family and friends may visit on Thursday December 27, from 4pm to 7pm with the funeral service taking place at 7pm. Inurnment will take place at a later date in Fairview Cemetery, Stone Ridge, NY.

A tribute for Gabriel may be found at www.CarrFH.com , where you may leave memories and expressions of condolence for his family.

To order memorial trees or send flowers to the family in memory of Gabriel Szekeres, please visit our flower store.