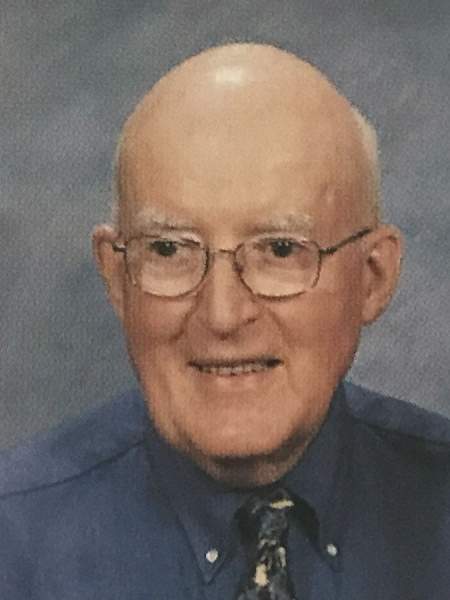 After graduating from Ridgefield Park High School in New Jersey, Fred enlisted in the US Army where he served in the European Theater of Operations during WWII. He later worked for General Motors in New York City for 32 years as the department manager for Marine Insurance. After retiring, he moved with his wife to the Oneonta area where he worked for Hartwick College as their Maintenance Supervisor. After retiring from Hartwick, they moved to Port Ewen. He enjoyed walking and fishing and had been a member of St. Remy Reformed Church and Mosaic Lodge #194, F&AM.

Arrangements under the care of Keyser Funeral & Cremation Service, Port Ewen, NY. A memorial service will take place on Saturday August 18, 2018 at 11am at St. Remy Reformed Church, 534 Main St., St. Remy. Inurnment will follow in St. Remy Rural Cemetery. In lieu of flowers donations may be made to St. Remy Reformed Church, PO 1022, Port Ewen, NY 12466. To leave an expression of sympathy, please visit www.KeyserFuneralService.com

To order memorial trees or send flowers to the family in memory of Frederick H. Brechter, Jr., please visit our flower store.