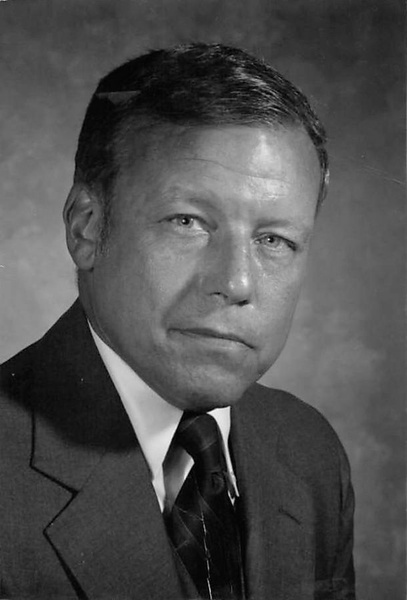 Frank H. Reis, 83, of Kingston and Naples, Florida, died Saturday, May 23, 2020, at his Kingston home after an evening surrounded by his loving family. His death followed a courageous battle that lasted more than a decade against cancer and other illnesses. Frank was born on October 17, 1936, the son of the late Evelyn O'Brien Reis and Frank Alfred Reis.

Frank was a proud member of the Kingston High School Class of 1954 and starting pitcher for the KHS Baseball team. He went on to graduate from Rider University. After serving in the Army National Guard, Frank returned to Kingston and joined his parents working at Reis Liquor Store. Frank married Kathryn (Kay) Feeney in February of 1961 after seven years of courtship. He soon decided to set out on his own and opened Reis Insurance from a bedroom in his parents' house. The agency ultimately became The Reis Group and expanded to several locations throughout the Hudson Valley. Frank always acknowledged that the most valuable asset in the organization was his hard working and dedicated staff. In furtherance of this recognition, he created an Employee Stock Ownership Program (ESOP) giving every employee some ownership in the business. Frank retired in 2004, after 38 years.

During this time, he served as President of the Professional Insurance Agents (PIA) of the tri-state area, National Chairman of CNA Insurance Company's Agents Council, and was on the Board of Directors of AIOI Insurance Company which is headquartered in Japan. Frank served on two bank boards, Statewide Savings and Loan and later Rondout Savings Bank to which he became Chairman of the Board of Trustees.

Frank was a man of faith. He was a parishioner of St. Joseph's Parish in Kingston for over fifty years where he was a lector and Extraordinary Minister of the Eucharist. He was initiated as a Knight of Malta in 2002. Frank was a member, Third Degree, of the Knights of Columbus.

The greatest passion in Frank's life was always his family. Growing up, he enjoyed gatherings of his father's five siblings and trips to see the O'Brien Family. Frank was a loyal and supportive husband. The magical romance he shared with Kay included many dances, parties and trips, some taken with Frank as pilot flying his airplane. He became the ultimate caregiver before her passing in 1996. Frank was again blessed with a blissful marriage to Laura Spindler Reis which was cut short by her death after only four years. Frank fell in love and married Alice (Ali) Beck who lit up his last fifteen years. They enjoyed golf, tennis and days at the beach in Naples but were happy to plan their trips north and other excursions around the school calendar to chauffer and entertain their grandchildren. She became the ultimate caregiver to him. Frank had a unique bond with his only child which then extended to her husband and three children. He handed down a love of golden retrievers, skiing and hiking the Catskill Mountains, hosting Christmas feasts, and watching Notre Dame football. They made him a fan of goldendoodles, youth soccer, youth swim racing and Villanova basketball. Frank followed the stock market into his final days discussing his observations and opinions.

In addition to his wife Ali, Frank is survived by a daughter, Katherine (Kitty) Van Loan and her husband Gerard (Jerry) of Kingston, three grandchildren, Edward (Ned), Kathryn (Kay) and Gerard (Rory) Van Loan, a stepson, John Spindler (Julie Middleton) and their son James Spindler of West Hurley, and many other relatives and friends.

In lieu of flowers for those who wish, contributions can be made in Frank's memory to the Rosemary D. Gruner Memorial Cancer Fund, https://secure.qgiv.com/for/bhfi r the Ulster County SPCA ( www.ucspca.org).


A tribute for Frank may be found at www.Keyserfuneralservice.com where you may leave memories and expressions of sympathy for his family.

Arrangements entrusted to Keyser Funeral and Cremation Service, Kingston, NY. In the interest of public safety and in accordance with New York's Executive Order in response to coronavirus, the service and burial will be held privately.

To order memorial trees or send flowers to the family in memory of Frank H Reis, please visit our flower store.