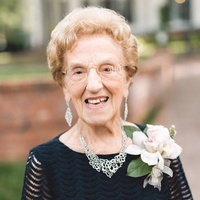 Frances, Mom, Nana, & "Dolly" was the best wife, mother, grandmother, aunt and friend you can imagine. A graduate of Kingston High School Class of 1948 and of Our Lady of Victory School of Nursing at the Benedictine Hospital Class of 1951, Frances worked over forty years actively in nursing. She was an avid New York Yankee fan, loved to travel the world, stayed current through Facebook, loved to crochet, cook food and bake endlessly for family and friends. She was a Charter Member of Columbiettes #275, the Red Hatters, an original member of the Altar Rosary Society of Saint Philomena's (Saint Catherine Laboure), a member of the Benedictine Hospital Auxiliary, and a member of the Professional Nurses Association. She also bowled in the IBM Women's Bowling League in the 1980's.

She was predeceased by her sister Jennie Spada and her husband Carmine Spada.

Expressions of sympathy may be made in the form of contributions to Saint Catherine Laboure, Altar Rosary Society, P.O. Box 271 Lake Katrine, New York 12449.

To order memorial trees or send flowers to the family in memory of Frances E. "Dolly" Molinaro, please visit our flower store.