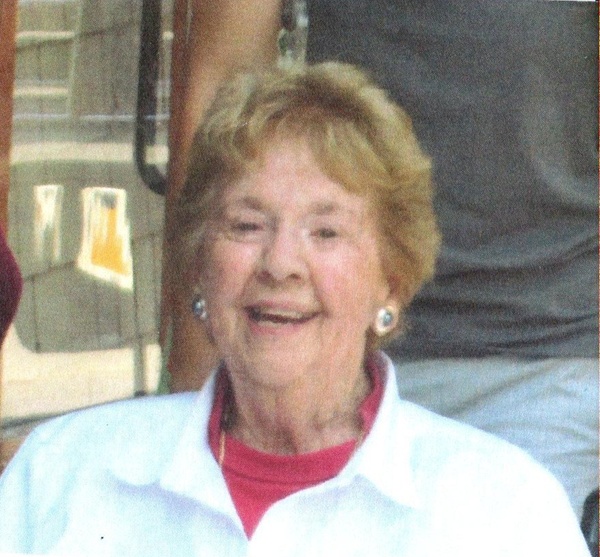 Florence (Corky) E. Deegan, 94, of Kingston, NY, passed away Wednesday April 22, 2020 at Woodland Pond in New Paltz, NY. She was born in Youngstown, Ohio on January 17, 1926, the daughter of Carl and Florence Ott of Youngstown. She married John H. Deegan in Youngstown on April 15, 1950. They just celebrated their 70th Wedding Anniversary. She was the Mother of four children, Dr. Kathryn Cook-Deegan and her husband Dr. Robert Cook-Deegan of Accokeek, MD; Dr. Matthew M. Deegan and his wife Mirela Deegan of Vicenza, Italy; Constance M. Deegan of Elizabethton, TN; and Joseph Deegan and his wife Patricia of Kingston. She was grandmother to seven children, Patrick (Samantha Feinberg) and Maeve Cook-Deegan, Angelica Deegan, Hartney Deegan, and John, Olivia, and Rachel Deegan. She was pre-deceased by her siblings, Howard Ott and Margaret Moore.

She graduated from Ursuline High School, and received her BA Degree from Miami University, Oxford, Ohio. Following graduation from Miami University she became the private secretary to the President of Automatic Sprinkler Corp of Youngstown. In 1948 she was accepted as a Stewardess with American Airlines and flew on domestic flights until her marriage. She attended New Paltz University and became a substitute teacher in both Kingston and Littleton, Colorado. She and her family lived in various cities in the country. While living in Chappaqua, NY, she became a member of the Chappaqua Choral Group. At the request of an International Music Group the group traveled throughout Romania. She was also active in the Mt. Kisco Branch of AAUW.

Upon her return to Kingston in 1976, she became the manager of the Ethan Allen Personnel Agency in Kingston. She was on the Board of the Ulster County Chamber of Commerce, the Ulster County Development Corporation, Zonta Executive Women's Club, a member of Wiltwyck Country Club, and served as President of the local branch of PEO, an International Philanthropic Educational Organization. She was a parishioner of St. Joseph's Catholic Church of Kingston.

Entrusted to the care of the A. Carr & Son Funeral Home, Kingston. In the interest of public safety and in accordance with New York State's Executive Order in response to coronavirus, the service and burial will be held privately. The family suggests memorial contributions to Paralyzed Veterans of America or St. Joseph's RC Church, 242 Wall Street, Kingston, NY 12401. To leave an expression of sympathy for the family, please visit www.CarrFH.com

To order memorial trees or send flowers to the family in memory of Florence "Corky" Deegan, please visit our flower store.