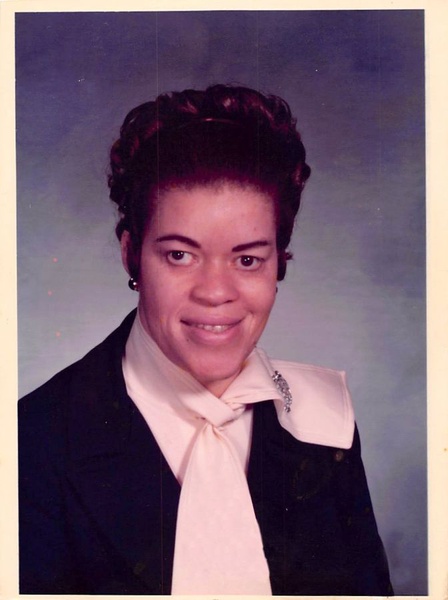 Mother Ezella M. Marable was called to eternal rest on Thursday September 16th, 2021 at Ten Broeck Commons in Lake Katrine, NY. She was born August 27th, 1936 one of three children born to the late Elder Labor Johnson and Clara Johnson in Albany, NY.

She met and had a courtship with Charles Ray Marable whom she married and were in union until his passing in 1981. They were together for 25 years. They had one child, Kirk Douglas Marable.
She grew up in Guilderland, NY, completed high school with honors and attended Plattsburgh State College where she graduated with a Bachelor's Degree in Elementary Education. From there she took on a position at J.F.K Elementary School in Kingston. She taught special education. She worked in four other elementary schools in the Kingston area before she landed a position at George Washington School. There she would teach for twenty-six years.

Throughout her years of teaching, she was extremely active in her community as a member of "The League of Women's Voters". She served as a Secretary for the Democratic Committee as well as local government. One other thing, she received her Masters of Education from S.U.N.Y New Paltz in 1978. She was always active in her church.

Her first love after her family was children, especially those with special needs. She worked with the Special Olympics as a coach and board member. She was also on the Board of Directors of the YWCA where she headed up a teen pregnancy program to help young mothers.

She was preceded in death by her husband Charles Ray Marable. Her brother John E. Johnson. Her father Elder Labor Johnson and mother Clara Johnson. She leaves to carry her family heritage to her son Kirk Marable, brother Elder L.C Johnson, daughter in law Margarite Johnsons, granddaughter Monet, 3 great grandchildren Amaiyah, Xavier and Legend, 6 nieces and nephews and many personal and professional friends.

At the family's request, masks must be worn by all attendees.

The Going Home Service will be at the Riverview Missionary Baptist Church, 240 Catherine Street, Kingston on Friday at 11:00 am. Visitation will be from 9:00 am to 11:00 am at the church.

Arrangements entrusted to Keyser Funeral & Cremation Service, 326 Albany Ave., Kingston, NY12401. A tribute for Ezella may be found at www.KeyserFuneralService.com , where you may leave memories and expressions of sympathy for her family.

To order memorial trees or send flowers to the family in memory of Ezella M. Marable, please visit our flower store.