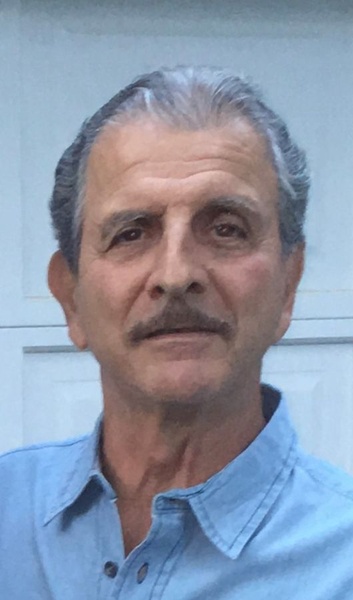 While Gene Caso traveled and lived in many places, he was born in Brooklyn on September 3, 1943 and Brooklyn ran through his veins until his last breath on September 26th. He is now at peace with his parents, Louis and Ann Caso. When he was just 10 years old, he contracted polio and became a survivor. He didn't let that stop him and in fact, it probably pushed him harder to face challenges and adversity. He was a fighter for anyone who was in need. He worked for Con Edison and in several brokerage firms in Manhattan. He moved to Kingston in 1971, where he was the manager in the record department of Caldor. He was also an avid learner, so you could say he made a career out of attending Suny New Paltz while participating in archeological excavation digs. He held an Associates Degree in Social Science and a Bachelor of Arts in Sociology. That was not the end of his resume. He was an entrepreneur of sorts. He made dive weights, soap, walking sticks and went across the country to pan for gold. He lived in California, Wyoming, and Florida, but Woodstock is where he felt most at home. He was a self-proclaimed health nut and always kept active. He loved playing chess and if he could hit the casino, black jack was his game. In his later years, he took up painting and this passion led him to become a local artist. His paintings were displayed in The Woodstock Artists Museum and in the homes of many family and friends. Most days you could find him at Bread Alone in Woodstock having a cup of coffee and chatting with friends.

He is survived by his two daughters, Barbara Salzano, of Montville, New Jersey and Debra Feller, of Tivoli, New York. His sons-in-law, Jay Feller and Peter Salzano, will also miss him dearly. He is survived by his four grandsons, Michael, Matthew and Daniel Salzano and Brennan Feller. You could always find them by his side listening to "Pop Pop" telling his outrageous stories. He is survived by his brother, Louis Caso, and sister-in-law, Yolanda Caso, of Long Island and several nieces and nephews. He is also survived by his ex-wife, Sandra Caso. While divorced, they always remained good friends. In lieu of flowers, donations to the ASPCA or St. Jude's would be greatly appreciated. These were the two causes that Gene always donated to. As per his wishes, Gene did not want a funeral, just a private family ceremony and to be set free at Overlook Mountain. How he wished for a send off is the same way he lived.... He did it his way.

To order memorial trees or send flowers to the family in memory of Eugene Joseph Caso, please visit our flower store.