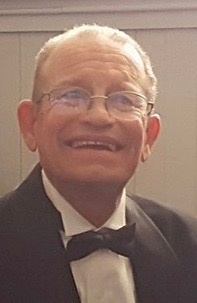 In his younger years, Tuki was a Golden Gloves Boxer and was a body builder, participating in numerous competitions in the area. He is part Native American and participated in Native American ceremonies locally and in South Dakota. Tuki was a published poet, he enjoyed wood carving, loved reading to his grandchildren, and was an avid hiker in the Shawangunks.
He is survived by his wife, Diana DuBois of Kingston, his son, Emerson E. DuBois, IV and his wife Michele of Greenwich, NY, his stepchildren, Jessica R. Davis and her husband Ryan of Kingston, Ashley Nicolato and her husband David of North Carolina, and Collin Haines and his wife Courtney of Oregon, 11 grandchildren, 3 great grandchildren, as well as several nieces, nephews, etc.

Arrangements entrusted to Keyser Funeral & Cremation Service, Inc., 326 Albany Avenue, Kingston. Services will be held at a later date. Donations in Tuki's name may be made to Reformed Church of the Comforter Memorial Fund, 26 Wynkoop Place, Kingston, NY 12401. A tribute for Emerson can be found at www.KeyserFuneralService.com , where you may leave memories and expressions of sympathy for his family.

To order memorial trees or send flowers to the family in memory of Emerson E. DuBois, please visit our flower store.