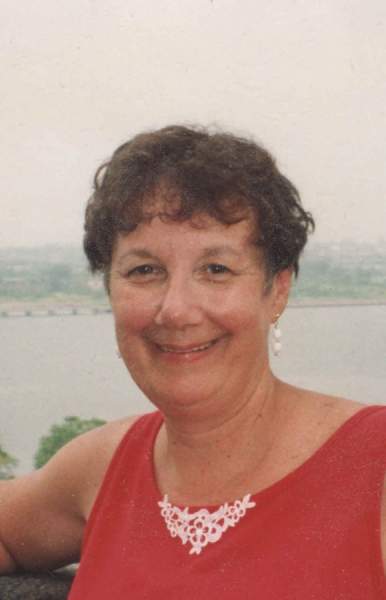 Elsie H. Fitzpatrick, 82, of Robin Lane in the Town of Ulster, passed away peacefully on her birthday, Wednesday, October 2, 2019 at Ten Broeck Commons in Lake Katrine. Born in 1937 in the Bronx, she was the daughter of the late Kassian and Elizabeth (Platz) Roos.

She had worked for Ulster Savings Bank on Wall St. in Kingston and later for Gateway Industries for many years until her retirement. Elsie enjoyed traveling to NYC to see Broadway Shows and New York Yankees' games. She was a member of the Coach House Players where she performed and also served in other capacities. She was a parishioner of St. Joseph's RC Church in Kingston. Above all, she enjoyed spending time with her family and friends.

Elsie is survived by her children, Thomas Fitzpatrick of Lake George, Elizabeth O'Connor and her husband Donald of Lomontville, James Fitzpatrick of Kingston, Heather Buff and her husband Stephen of Latham, her grandchildren, Cassidy and Braydon O'Connor, and Madelyn and Allyson Buff, as well as sisters in law, a brother in law, dear friends, and many other extended family members. The family would like to thank the staff at Ten Broeck Commons for the wonderful care and support they provided for their mother.

Arrangements entrusted to Keyser Funeral & Cremation Service, 326 Albany Ave., Kingston, NY, where family and friends may visit on Sunday, October 6, 2019 from 1pm to 4pm with the funeral service taking place at 4pm. Burial will take place at St. Mary's Cemetery in Kingston at 10am on Saturday, October 12, 2019. A tribute for Elsie can be found at www.KeyserFuneralService.com , where you may leave memories and expressions of sympathy for her family.

To order memorial trees or send flowers to the family in memory of Elsie H. Fitzpatrick, please visit our flower store.