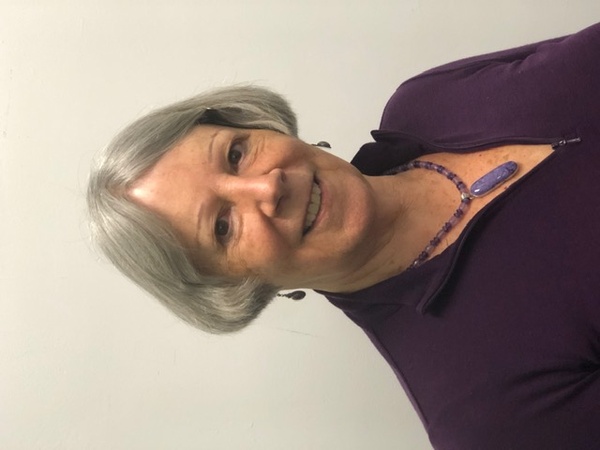 Elizabeth (Betty) Habach McCollum, 79, of New York, NY, left us unexpectedly on Tuesday, April 21, 2020 while hospitalized at Mt. Sinai Hospital in Manhattan after contracting COVID-19. The circumstances of her death were unimaginably tragic, but what we will remember is Betty's amazing energy and a life that was full of family, friends, service to others, and adventure. Betty was born on February 3, 1941 in Glen Ridge, New Jersey and was the only child of the late George and Helene Habach. She attended Glen Ridge High School, Class of 1959. As a teenager, Betty played tennis and worked as a waterfront counselor at a summer camp in the Hamptons where she began her life-long love of swimming and the outdoors.

After high school, Betty earned her Bachelor of Arts degree from Goucher College in Baltimore, Maryland, Class of 1963. She then completed her MSW in 1965 at Smith College of Social Work in Northampton, Massachusetts. While at Smith, she had a second year field placement at Strong Memorial Hospital in Rochester, New York. While living in Rochester, she met her future husband, James T. McCollum on an outing with the First Unitarian Church of Rochester. Together they had two children, Vashti and Angus. After graduating from Smith, Betty made her career in Rochester working as a school social worker for the Fairport Central School District at Johanna Perrin and Minerva DeLand schools. While at Fairport, she made lifelong friends, many of whom became tennis partners and joined her for golf outings. She also maintained a private practice for many years at Hamilton Associates in Fairport, NY.

Betty loved the outdoors and was a member of the Genesee Valley Hiking Club and the Sierra Club. She made many trips to the Adirondacks, climbing Mount Marcy and other peaks. Other memorable trips included Pike's Peak in Colorado and Mount Washington in the White Mountains of New Hampshire. Betty traveled to Austria with her son, Angus, climbing Grossglockner and conquered the Colorado River on a white water rafting trip through the Grand Canyon. Nothing was too adventuresome for Betty. When her children were in high school, after her divorce, she took her two children and a German exchange student across the country by car to see the National Parks, camping and picnicking along the way to save money. Not a vista was missed! In Kansas they were caught in an overnight thunderstorm and downdraft which ripped apart the tents. Undeterred, she carried on with the final leg of the trip, only to be forced to make an extended stop in Pennsylvania when the car ran out of oil, ground to an abrupt halt, and needed a new engine.

After her retirement, the adventure continued. Betty started a second life. She moved to New York City, enjoyed the plentiful art and culture of the city, focused on her grandchildren, became an active member of the Unitarian Church of All Souls and its Women's Alliance, and the Unitarian Universalist Women's Federation. She frequently hosted people from out of town in her Upper West Side home and loved sharing her beloved city with others. Over the years, she took all five grandchildren to a grandparent-grandchild summer camp at Camp Sagamore in Raquette Lake, NY and summered on Shelter Island between the forks of Long Island.

Private interment will be held at Restland Memorial Park in East Hanover, NJ. A celebration of life is planned at the Unitarian Church of All Souls in New York City at a later date. In lieu of flowers, donations are encouraged to a local food bank, social justice organization, or any of Betty's favorite arts or educational institutions.

To order memorial trees or send flowers to the family in memory of Elizabeth H. McCollum, please visit our flower store.