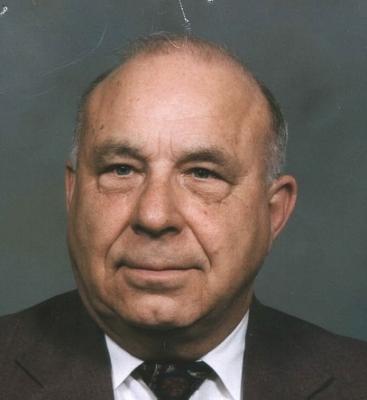 Earle H Foster, 91, of the Town of Ulster, NY, passed away Saturday, May 6, 2017. He was the husband of the love of his life, Judith Ann Carlson Foster, loving father of, two sons, L. Kenneth Foster and Dr. Timothy E. Foster, MD, eight grandchildren, and three great grandchildren. He was predeceased by his former wife, Amy Caporaletti and his sister Erla.

Earle spent 47 years in banking and retired in 1994 as a Group Vice President of Key Trust Company a subsidiary of Key Corp. He graduated from Peoples Academy, Morrisville, VT. and Albany Business College. He attended many banking courses at the University of Vermont, Dartmouth, Bucknell University, and completed several AIB courses. He received certificates from Trust Division New York State Bankers Association for completion of Estate and Trust Administration. Earle Served on New York State Bankers Trust Division Operation Committee, was Co-Chairman of group Spring Trust, and was speaker on Estate Planning for numerous organizations. He also participated in Estate Planning, a radio program on WGHQ.

He was a veteran of WWII serving with the 138th Engineer Combat BN. He received several ribbons including two Battle Stars. Earle also served in the Army Reserve Corps and National Guard. He was Commander of American Legion Post #33 in Morrisville, VT., County Commander of American Legion Lamoille County, VT, Charter Member and Chaplin of VFW Post #5086 Hurley, NY, Master at Mt. Vernon Lodge #8 F&AM, Morrisville, VT, member of Rondout Lodge #343 F&AM, member of Hurley Lions Club, and Kingston Kiwanis Club. Earle was a basketball official for both High School and College. He coached both Junior and Senior ages in the YMCA church basketball league, and also coached Little League Baseball for many years in Hurley, NY.

He was very involved in the community serving as Board Member of Puffer Methodist Church, VT, Hurley Reformed Church, and First Presbyterian Church. He was instrumental in the creation of the foundations of, Ulster Community College, Benedictine, and Kingston Hospital where he was the original board member of both hospital foundations. He was the Treasurer, Board Member, and served on the Finance Committee of the Rip Van Winkle Counsel Boy Scouts of America where he was the first recipient of the Dr. Amstrom Good Scout Award for Distinguished Service to the Community. He was also a member of the Board and Trustees of the YMCA, Board of Directors of the American Cancer Society, and Board of Directors of the Maritime Museum. Earle was appointed by the Ulster County Legislature to serve on the Office of the Aging Advisory Council. He was a member of the WGHQ Christmas Fund and member of the Board of Directors of Kingston Against Drugs. He served as Financial Advisor to many local charities and served on their fund raising committees.

Earle and Judith Foster want to thank Bob and Nancy Slauson for all their love and support, they are such wonderful and loving friends, as well as Rev. Stickley for being such a great friend and buddy to Earle. Earle and Rev. Stickley had many wonderful times together which Earle always enjoyed.

Entrusted to the care of A. Carr & Son Funeral Home, 65 Lucas Ave., Kingston.

To order memorial trees or send flowers to the family in memory of Earle H Foster, please visit our flower store.