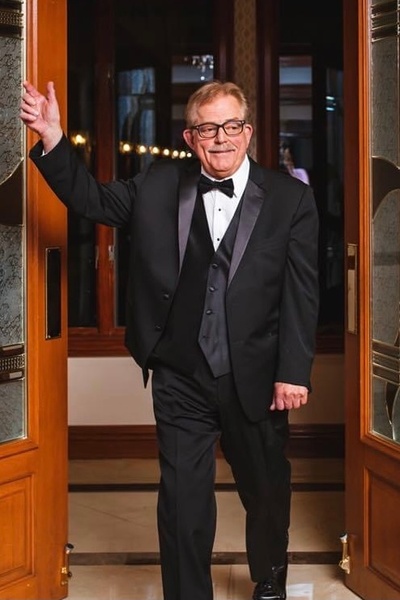 He spent his childhood in New York City and later moved to Hollywood, Florida where he graduated from high school. He received his undergraduate degree from the University of Florida in 1965. Shortly after receiving his Doctorate in Optometry from the Pennsylvania College of Optometry in 1969, he moved to Kingston, New York (the very weekend of the Woodstock festival) to begin practicing optometry and raise a family. He would fondly call the Hudson Valley home for the next 51 years.

Milt had many passions throughout his life. A lifelong Yankees fan, he loved attending games and teaching all his kids how to keep box score. He enjoyed spending the winters skiing and summers on the beach; be it Coney Island, Rhode Island or Greece. He was an avid reader and devoured anything by James Paterson. Other than sharing the latest news and bragging about the accomplishments of his children, his greatest passion was his optometry practice of 51 years alongside Dr. Augustus Guarante. Having fit multi-generations of families with glasses and contact lenses, Dr. Chasin was more than just a local optometrist, but a respected and beloved member of the local Hudson Valley community who cared deeply about his patients. A visit to his office was more than a doctor's appointment, but a social occasion. His family, friends, and the local Kingston community will forever remember his kindness, compassion, generosity, quick wit, and story-telling, all fueled by a daily cup of Starbucks coffee.

He is lovingly remembered by his children Julie and her husband Stephen, Zacharias, Erika and her husband Sergio, Efthimia, and Alexander and his fiancé Elizabeth; his four grandchildren Alexina, Lucca, Nico and Anthony; his sister Carol, his niece Stacy, his nephew Marty, his former wives Laura and Litsa and of course his two dogs Charlie and Chappy.

A viewing service for family and friends of Dr. Chasin will be held on Monday, May 17, 2021 at Keyser Funeral Home, 326 Albany Avenue, Kingston, New York 12401 from 4pm - 8pm. If you wish, you may reserve a time to visit here: https://app.planhero.com/gatherings/9010-dr-milton-chasin-visiting-hours The funeral service will be held privately.

In lieu of flowers those who wish, contributions in Dr. Chasin's memory may be made to either Eyecare4kids.org or a local charity of your choice. A tribute to Dr. Chasin can be found at https://www.keyserfuneralservice.com , where you may leave memories and expressions of sympathy for his family.

To order memorial trees or send flowers to the family in memory of Dr. Milton Chasin, please visit our flower store.