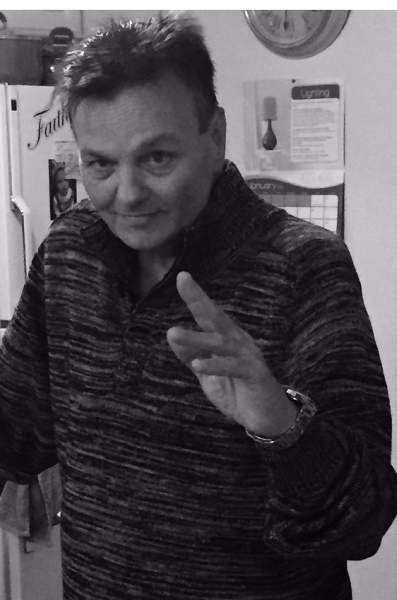 Douglas "Coop" Cooper, Sr, 56, of Kingston, passed on Tuesday, October 15, 2019 at Health Alliance Hospital, after a lengthy illness with his loving family by his side

He was born on September 28, 1963 in Bath, New York and was the son of the late Theodore and Frances Cooper.

For many years Doug owned and operated, with his wife, D & C Paving Company of Kingston, NY,

For many years, he attended the Full Gospel Rock Church in Lake Katrine. He enjoyed music, all kinds, country, soft rock, Motown. He was especially fond of traveling, and seeing the country, in particular he enjoyed upstate New York. But most of all he liked spending time with his family.

Doug is survived by his loving family, his wife Deborah Pugh Cooper, they wed on April 8th, 1983. His children, Jennifer, Douglas, Jr., Jessica, Nicholas and Elisha Cooper, grandchildren
Prestin, Kandis, Ashtin, Chance, Emma, Lola and Sophia, his sibling, his best friend and twin sister Denise Marin, Lydia Pugh, brothers Dennis and Rodney Cooper. His daughter in law Samantha, his son in law Steve and many nieces and nephews and his best pal, his Yorkie, Lucky.

He was predeceased by his grandchildren Paris and Stella and his siblings Theodore, Jack, Dean and Lottie Cooper.

Arrangements entrusted to Keyser Funeral & Cremation Service, 216 Broadway, Port Ewen. The family will receive their family and friends on Friday from 10:00 AM to 12:00 noon. The service will be at 12:00 noon. Burial will take place in Wiltwyck Rural Cemetery.

For those who wish, contributions in Doug's memory may be made to Hudson Valley Dialysis Center care of Health Alliance Hospital.

A tribute for Doug may be found at www.KeyserFuneralService.com , where you may leave memories and expressions of sympathy for his family.

To order memorial trees or send flowers to the family in memory of Douglas Cooper, Sr., please visit our flower store.