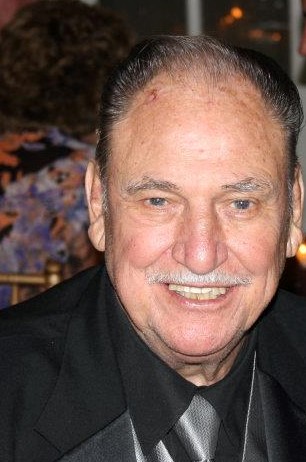 Donald “Danny” Richard Simmons, Sr, of Kingston, NY ended his journey on Earth December 17, 2017, at the home of his beloved daughter Simmone. Born December 9, 1937 in Kingston, he was the son of the late Lena E. (Nagele) and John A. Simmons.  One of ten children, Donald enjoyed his childhood home on Golden Hill, which he resided at until his service in the United States Army from 1958-1960.  In 1962, he married his first wife Nancy A. Melville and they had two children, Donald “Danny” Richard and Simmone Melville.  Danny predeceased him in 1990.

An upholsterer at Pilgrim Furniture in Kingston for several years, Donald later went on to work for Ulster County Dept. of Public Works, dedicating 33 years of service and making many friends along the way.  In 1991, he married Barbara Bush Quarantino, formerly of Hurley.  Donald played softball for the Saugerties Athletic Association for many years, enjoyed pickup basketball games at the St. Cabrini home and had a passion for the NY Mets.  He and Barbara enjoyed cruises to Bermuda and enjoying time with dear friends.  Later in life he enjoyed watching his grandchildren at their sporting events and spoke proudly of their accomplishments.  His love and guidance will be forever in our memories.

Donald is survived by his wife, Barbara A. Simmons of Kingston, his daughter, Simmone M. Pone’ of Bernhards Bay, NY, sister–in–law, Elizabeth Melville of Florida, step-daughters, Kimberly (Larry) Mazzucca of Kingston, and Jeri-Lynn Ost of Lake Katrine, step-son, Anthony (Amanda) Quarantino, and his beloved grandchildren, Daniel and Jordan Pone of Constantia, NY,  Sophia Quarantino,  Alexandra, Victoria and Cameron Ost of Kingston, NY, sisters, Shirley Ebel, Anna Stoutenburg, and Marion Smith, of Kingston, and his brother, James Simmons of Florida.  He is also survived by several nieces and nephews whom he loved dearly.

Entrusted to the care of A. Carr & Son Funeral Home, 65 Lucas Ave, Kingston, NY 12401, where family and friends may visit on Wednesday December 20, 2017 from 2-4 and 7-9pm. The funeral service will be held on Thursday December 21, 2017 at 12pm at Trinity Lutheran Church, 72 Spring St., Kingston, NY 12401. Burial will follow in Wiltwyck Cemetery, Kingston.  In lieu of flowers, please consider a contribution to the Saugerties Athletic Association or American Heart Association.

To order memorial trees or send flowers to the family in memory of Donald "Danny" Richard Simmons, Sr., please visit our flower store.