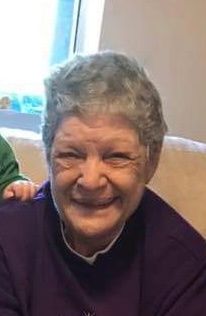 Diane was a graduate of Kingston High School and later received a degree in nursing. She enjoyed spending time with her friends at Yosman Tower in Kingston, cooking, and needlepoint.

She is survived by her children, Giuseppina Dilling, Michael Balsamo, Charlie Witthoft, and Kasi Crantz, seven grandchildren and six great grandchildren. She enjoyed spending time with her youngest grandchildren, Olivia and Jaxson. In addition to her parents, she is predeceased by her brothers, Michael and James "GG" Milano.

Arrangements entrusted to Keyser Funeral & Cremation Service, Kingston, NY. A memorial will take place on Saturday April 17, 2021 from 1pm to 4pm at the Kingston American Legion Post #150, 18 W. O'Reilly Street, Kingston, NY 12401. Food and beverages will be served. A tribute for Diane can be found at www.KeyserFuneralService.com , where you may leave memories and expressions of sympathy for her family.

To order memorial trees or send flowers to the family in memory of Diane Milano, please visit our flower store.