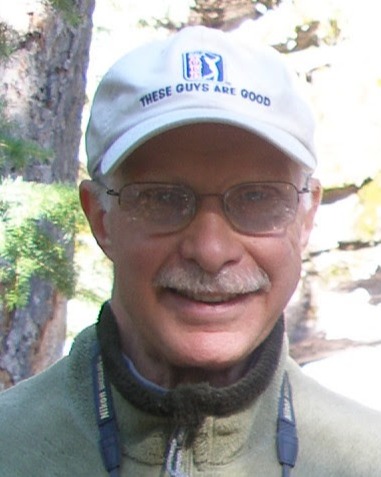 Dennis Newcomer, 82 years old, of Saratoga Springs NY died peacefully with family by his side on December 27, 2022.  He was the loving son of the late Clarence and Dorothy Newcomer; and was born December 6, 1940.  He enjoyed growing up in Hershey PA with his younger brother Harry Newcomer (married to Gail Newcomer), nieces Adrianne Lindeman and Laura Newcomer), his cousins Richard Newcomer (married to Angie Newcomer), and Pattie Johnson (married to Eddy Johnson), and friends (including his lifelong friend Gary Hendricks and wife Jane Hendricks) during what he described as an idyllic period of time.

During the early 1960’s Dennis graduated from an Electrical Technology school in Philadelphia PA, and then served in the U.S. Air Force National Guard.  After his military service Dennis accepted a position at IBM Kingston NY, initially working as a System/360 Mainframe Test Technician.  He was promoted to a Systems Assurance Functional Manager, and later became a Development Project Manager/Engineer.

Dennis met his future wife, the late Mary Jean Newcomer, through friends.  They were married within a year.  He would later tell stories of her beauty.  He was a devoted husband to her through a long-term chronic illness.  She passed away in 1998.

Dennis was a quietly loving, supportive, and generous father to Laurie Newcomer (married to Vincent LaMorticello) of Greenfield Center NY, and Jeffrey Newcomer [married to Daycy Newcomer] of Poughkeepsie NY.

During the 1990’s Dennis followed in his father’s footsteps and developed a passion for woodworking.  Encouraged by his friend Gary Hendricks, he became a member of the Pine Tree Rifle Club, and added rimfire benchrest competition shooting to his hobbies.  All through the years he was a part of a friendship group, with roots from working together at IBM.  He enjoyed time with his friends John Spratt, Len Waters, Mike Zolo, Charlie Grayson, John Patterson, and Joe Braidt.  Dennis was an avid reader, and along with many of his friends, was part of the “Men What Read” book-club.  They enjoyed time together exploring Schroon Lake, staying with their friend Len Waters, and getting together for breakfast in and around Woodstock, Shokan, as well as meeting up in the Saratoga area.

Most recently Dennis became a grandfather (Poppy) to Jeff and Daycy’s daughters, Eliana and Rachelle Newcomer.  They brought him incredible joy which was broadcast through his smiles, and he loved his granddaughters very much.

Arrangements are entrusted to Keyser Funeral & Cremation Service, 326 Albany Ave., Kingston, NY 12401; where family and friends may visit on Tuesday, January 3, 2023 from 4pm to 6pm, followed by the main funeral service from 6pm to 7pm, followed by another hour of visiting from 7pm to 8pm. The burial service will be held at 10:30am on Wednesday, January 4, 2023 at the funeral home. Burial will follow in Montrepose Cemetery, Kingston.

Please consider leaving memories and expressions of sympathy for his family in the online Guestbook below.

To order memorial trees or send flowers to the family in memory of Dennis C. Newcomer, please visit our flower store.