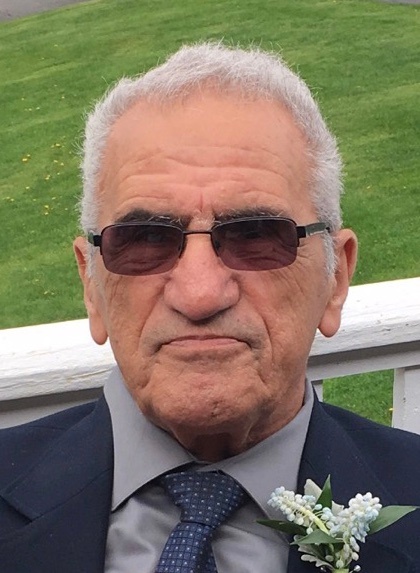 Cosmo Damian Fabiano, 82, a longtime resident of Saugerties, NY, passed away on Friday, June 21, 2019. He was born on September 28, 1936, in Glasco, NY, the son of the late Michael and Mary Fabiano. Cosmo is predeceased by his beloved wife of 40 years, Maureen (Tierney) Fabiano.

Cosmo was a devoted family man who lived for his wife, children and grandchildren, never missing a game, event, holiday or celebration. Never asking anything for himself, he focused on making sure everyone around him had every possible advantage. Always joyful, he found reason to celebrate everything in life. He opened his door to anyone and everyone and family and friends were always coming and going, no invitation needed. He took joy in simple pleasures, truly oblivious to material trappings. He saw the good in everyone and, as a result, he helped everyone around him be the best version of themselves. He was a man of few words but those words always counted. An avid sports fan, he loved his Giants, Knicks and, most of all, his Yankees. More than anything he enjoyed watching his children and then his grandchildren play the sports he loved. In turn, he was the center of the universe for those children and grandchildren, who loved to be around him and always found him highly entertaining. Cosmo was a graduate of Saugerties High School and worked for IBM in Kingston, NY, until his retirement.

Cosmo will be deeply missed by his children, Lori Wojciehowski and her husband Robert of Port Ewen, Perry Fabiano and his wife Melinda of St. Remy, Denise Fabiano and her husband Alex Johnson of Ridgewood, NJ, Tricia Balzan and her husband Jim of Medford, NJ, Chris Fabiano and Dr. Elizabeth Levine of Saugerties, and Lynn Fabiano of Saugerties, his grandchildren, Rachel, Nick, Matthew, Jackson, Devin, Tierney, and Brett, his siblings, Ernest Fabiano, Sr. and his wife Theresa of Glasco, Michael Fabiano and his wife Peggy of Canaan, NY, his sister-in-law, Amy Fabiano of Saugerties, as well as many nieces, nephews, and other family members. In addition to his parents and wife, he is predeceased by his siblings, Frances Martino,Anthony Fabiano, Joseph Fabiano, Sr., and Frank Fabiano, Sr. A special thanks to all of his caregivers, especially Drs. Beth Stefanchik, Kelly DerCola and Doug Kroll, as well as the staff at Ten Broeck Commons, Kingston Dialysis, and the East Kingston Fire Department and the affiliated EMTs.

Arrangements are entrusted to Keyser Funeral & Cremation Service, 326 Albany Ave, Kingston, NY, where family and friends may visit on Monday June 24, 2019, from 4pm to 7pm. The funeral service will take place at the funeral home on Tuesday June 25, 2019, at 10am. Burial will follow in St. Mary's Cemetery, Kingston. For those who wish, contributions in Cosmo's memory may be made to St Jude Children's Hospital. A tribute for Cosmo can be found at www.KeyserFuneralService.com , where you may leave memories and expressions of sympathy for his family.

To order memorial trees or send flowers to the family in memory of Cosmo "Dom" Fabiano, please visit our flower store.