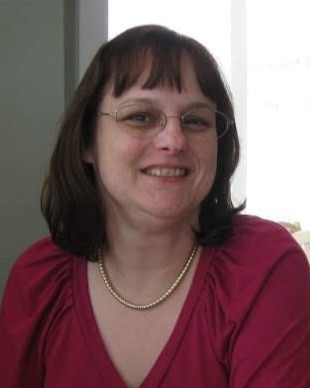 Cookie Tague, born Carolyn Marie Eszlari, departed her corporeal prison with her children by her side on December 20th, 2022, after many years of suffering with Huntington's Disease.

Cookie began her life on June 23rd, 1962, in her beloved city of Philadelphia, later moving to Wildwood, New Jersey with her family as a teen. It was in Wildwood that she met her husband, the late Hugh A Tague III, and married in 1984 at the same church that would see the baptism of all three of her children - Hugh Tague IV (Dunmore, PA; 38), Lauren Tague (Lake Ariel, PA; 37), and her favorite child and spitting image, Patrick Tague (Harleysville, PA; 34). They later relocated to the Pocono Mountains, where the family would spend the majority of their lives.

Cookie had a wicked sense of humor despite her quiet nature, and spent most of her 36 year marriage laughing, until her husband predeceased her in November of 2020. She kept her house absolutely spotless, often subjecting her three children to Saturday cleaning sessions, regardless of the very low possibility that the President of the United States would pop in for a visit. This included washing dishes in the hottest water known to man, her tolerance to which can only be explained by her Schuylkill-infused skin.

At her healthiest, Cookie was known for her oddly toned muscles, a gift from her Hungarian father that made her look foreboding despite her small stature. Her doctors would ask about her workout routine, which included factory labor, cigarettes, and black coffee.

She was friendly and kind to everyone she met, and excelled at her later career in customer service. Like many city-dwellers she was terrified of rodents and snakes, but would fight a bear or a bear-sized coach without pause if it threatened her family or friends (or Nick Foles).

It brings her family peace to know that her husband welcomed her into Heaven where they can laugh together once again, both free of the diseases that claimed them so early. The family is especially grateful to the caretakers and case workers at ArchCare at Ferncliff Nursing Home and Rehabilitation Center and Hudson Valley Hospice, who lovingly tended to Cookie in her final hours and gave her a dignified passing.

Cookie is predeceased by her husband, parents Carol Eszlari (nee Fazen) and Sandor Eszlari, brother Alexander Eszlari, and sister Elizabeth (Betsy) Adler, who surely welcomed her to the afterlife with a party that included chocolate-covered cherries and Fuzzy Navels. She is survived by her sister Susan Maguire, her three children, and many neices and nephews.

In the family tradition, no memorial or other services will be held. In lieu of flowers the family asks that mourners make a donation to ArchCare at Ferncliff Nursing Home and Rehabilitation Center or Hudson Valley Hospice in Cookie's memory.

Cremation arrangements have been made through Keyser & Carr Funeral and Cremation Service.