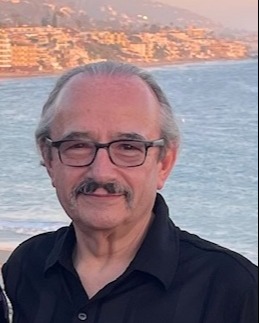 Dr. Brian J. Minasian, 72, of Kingston, NY, passed away Friday, January 13, 2023 at Vassar Brothers Medical Center in Poughkeepsie, NY. He was born December 30, 1950 in Kingston, NY, son of the late Peter and Elaine (Goldmann) Minasian. Brian was married to his wife of 51 years, Deborah (Mazzetti) Minasian. They wed on July 10, 1971 in West Hurley, NY.

Brian was employed by St. Cabrini Home, Inc. in West Park, NY, for 14 years as Staff Psychologist–Therapist, Clinical Coordinator, and Clinical Director. He then worked for The Center for Stress Reduction in Goshen, NY, for 2 years as a Consultant/Therapist, and most recently Spectrum Behavioral Health in Kingston, NY, as a Therapist, Clinical Manager, and part Owner for 19 years.

Brian was a life-long Los Angeles/Brooklyn Dodgers fan, musician, song-writer, and avid cruiser. In 1978 Brian and his co-writer Bill Rich, released a promotional music album. With the assistance of Gary L. Schwartz they were signed by Bradley Publications/Dreena Music as staff writers and began performing in clubs and music venues in NYC. Their material has been recorded by other artists.

Brian had many professional and civic accomplishments which include, being a member of New York State Board for Psychology for 10 years, New York State Board for Licensure/Discipline for 8 years, American Psychological Association, and Tobacco Free Action Coalition Program Board. He received the Program Award from Mental Health Association of Ulster County and the Leadership Award from American Cancer Society, and was also the Keynote Speaker at Marist College and Mount Saint Mary College for inductees into PSI CHI (National Honor Society in Psychology).

Arrangements entrusted to Keyser Funeral & Cremation Service, 326 Albany Avenue, Kingston, NY 12401, where family and friends may visit on Tuesday, January 17, 2023 from 4pm to 7pm. A Mass of Christian Burial will be celebrated at 10am on Wednesday, January 18, 2023 at St. Joseph's RC Church, 242 Wall St., Kingston, NY, followed by a private cremation service.

A tribute for Brian can be found at www.KeyserFuneralService.com, where you may leave memories and expressions of sympathy for his family.

To order memorial trees or send flowers to the family in memory of Dr. Brian J. Minasian, please visit our flower store.