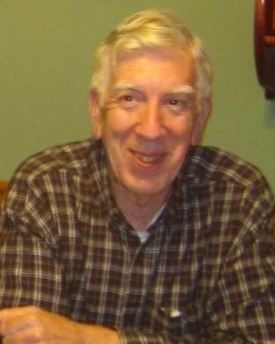 Barry Lawrence Buddington, 85, of Saugerties, New York passed away on Thursday, November 24, 2022, after a brief illness and heart attack.

Barry was born on June 25, 1937, in Kingston, New York to Mildred Pardee Buddington and Alwyn Buddington. After graduating from Kingston High School in 1955, he enlisted in the U.S. Navy and was trained as an electronics technician. He was stationed at the U.S. Navy Submarine Base in New London, Connecticut and later at the U.S. Naval Base in Pearl Harbor, Hawaii - where he was awarded the Good Conduct Medal on August 24th, 1958.

After four years in the U.S. Navy, Barry worked for Ferroxcube and then joined the IBM Corporation for a long career at the IBM Chip Manufacturing in Fishkill, New York, retiring in 2002.

Upon retirement, he spent much of his time continuing with his beer brewing, building an occasional ship model, and did a great deal of woodworking and cabinetry. He and Amy also enjoyed traveling as often as they could, where he would take many lovely pictures.

On June 26, 1965, Barry married the love of his life, Amelia (Amy) Bradley. Amy predeceased him two months ago after 58 years of marriage. Barry is survived by two sons, Bryan B. (Dena Pomeroy) and Allen B. (Lisa Stisi) Buddington, one granddaughter, Cordelia F. Buddington, his brother Donald L. Buddington (Diane) of Boulder, Colorado, one grandson, Gregory Austin Kulp (Fallyn Popper), one great grandson, Hudson Donald Kulp, and dear friends: Janet and Phyllis Hutton and neighbors John and Rose Gaetjen, who had many offerings of soups and other homemade delights; as well as many nieces and nephews. He was also predeceased by his brother, David J. Buddington.

Arrangements entrusted to Keyser Funeral & Cremation Service, Kingston, NY. A tribute for Barry can be found at www.KeyserFuneralService.com, where you may leave memories and expressions of sympathy for his family.

To order memorial trees or send flowers to the family in memory of Barry L. Buddington, please visit our flower store.