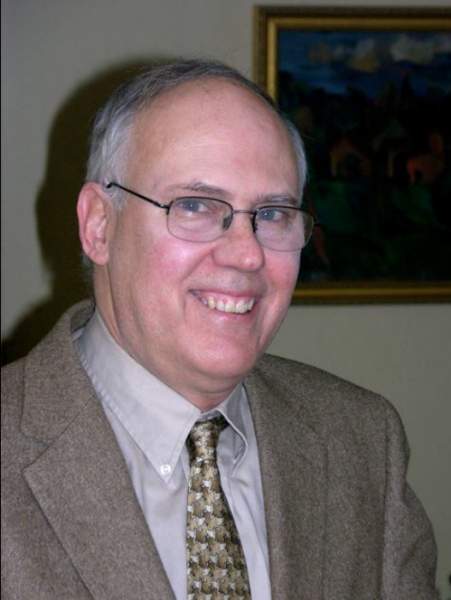 Arthur J. Plichta (Art), lovingly called Turek by his close friends and family, passed away on Monday, July 2, 2018 after a valiant battle with NET cancer. He was with his family and friends throughout his last several days, and was comforted by the love of so very many who messaged, texted, sent cards and hugs. His nurses and doctors have touched our hearts, and our family is forever grateful.

Born January 28, 1952 in Flushing, NY, and raised in Bayside, Queens, Turek lived with his parents, Celia and Feliks Plichta and his siblings Feliks and Christine. He attended Stonybrook University, and received his BA from Empire State University. He later attended Queens College, studying Russian language aspiring to be a photojournalist. There he met his wife, Betty L. Rhoda, and they were married in Commack, LI on March 1, 1980. During their honeymoon in Poland in 1981, Turek wrote his master's thesis entitled "Polish Television at the time of the Military Take Over". Yes, he was there when the Russians cracked down on the Solidarity movement. He received his master's degree in Media Studies from The New School in 1982.

Art returned from Poland having completed work for his thesis and became a special ed. aid in a junior high school in Astoria, NY. He returned to school to become a special ed. teacher, and taught in Astoria for 2 years. In 1986, Art was hired as a special ed. teacher at North Jr. H.S. in Newburgh, NY. He worked at "North", Newburgh Free Academy (NFA) at Stewart (1999), and the main campus at NFA (2006) during which he achieved National Board Certification. He was elected president of the Newburgh Teachers Union representing over 2000 union members from 2012 until his retirement in 2015.

Turek was an accomplished photographer. His work was exhibited in Wroclaw, Poland. He was a wedding photographer with H&H Photography in Riverdale, NY for over 25 years. Art cared deeply for his community and was an active member of the Esopus Democratic Committee. He loved music, especially Chopin, playing the string bass, the guitar and piano, singing with his family and going to concerts and the opera. He loved learning new languages and could speak several including Polish, Russian, Italian and French. His love of travel led him to take his wife and children to many countries including Poland, Bermuda, Italy, France, Germany, Luxenbourg, Czech Republic, Switzerland, Lichtenstein, Spain, Egypt, Mexico, Great Britain, France, as well as extensive travels in the US. In addition, Art traveled to Russia, Costa Rica, Norway, Finland, Sweden, Iceland, Scotland and Aruba, loving the planning and the exploring equally. Turek loved to learn... along with Betty, they purchased and learned everything needed to renovate their home in Rifton, NY, turning a run down house into a beautiful home. Turek enjoyed cooking and gardening and seeing the deer in the backyard.

Turek is survived by his wife, Betty, his three amazing children and their chosen partners: Catherine Plichta (and Roger Daniel) of Richmond Hill, NY, Steven Plichta of Stowe, VT, Daniel Plichta (and Roxanne Domer) and his beloved grandson Nathaniel Plichta of Saugerties, NY. In addition he is survived by his sister-in-law Patricia (his brother Feliks Plichta pre-deceasing him), his sister Christine (and William McGuire) and many cherished nieces, nephews, grandnieces and grandnephews.

Entrusted to the care of Keyser Funeral & Cremation Service, 326 Albany Ave., Kingston, NY 12401, where family and friends may visit on Tuesday July 10, 2018 from 4pm to 8pm. In lieu of flowers please consider donating a backpack filled with school supplies for a needy child to your local school district in Turek's memory. To leave an expression of sympathy, please visit www.KeyserFuneralService.com .

To order memorial trees or send flowers to the family in memory of Arthur J. Plichta (Turek), please visit our flower store.