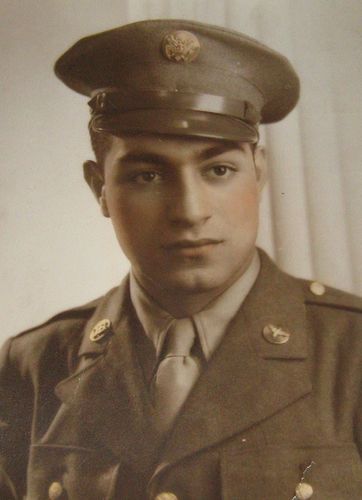 Anthony Bamond, Jr. 94 of Clintondale, N.Y., passed away Monday, August 21, 2017. He was born in Brooklyn, N.Y. (during the depression) on November 12, 1922 to the late Anthony Bamond and Frances Bamond. His father nicknamed him Buddy because he was his first son his "Little Buddy". Anthony was married to Mildred (Ligouri) Bamond who passed away on October 19, 2005. He was a loving and devoted husband, father, grandfather and great grandfather. Anthony had survived being bitten by a rabid bat in 1976 and always joked about the full moon. He passed away during the Total Eclipse of the Sun.

In High School, he attended the School of Aviation Trades located in Brooklyn, N.Y. He enlisted and was sent to Syracuse University under their Officers' Training Program. Anthony served in the U.S. Army Air Corps during WWII and the Korean War. S/Sgt. Anthony Bamond, Jr. was a Bombardier on the B17 Flying Fortress and a B29 Flight Test Engineer. He loved taking pictures as a young boy and continued that passion during his time in the military. After his time in service, he worked as a project engineer for N.Y.S. Anthony was an avid proponent of Civil Liberties, Civil Rights and was involved in the Foundation for Freedoms Fighters. He studied law and filed many legal cases in which he represented himself. Anthony also submitted many patents to the D.C. patent office.

Anthony was a resident at Ivy Lodge in Saugerties, N.Y. for many of his final years. He participated in many of the activities there. Each winter, he grew a white beard to play Santa's helper for the residents and small children who attended the holiday festivities. He will truly be missed by all of those who knew him there. His famous quote was "An apple a day keeps the doctor away".

He is survived by his granddaughter Brenda Vitarius whom he dearly loved and three great grandchildren: Maya Isobel Frisina, Matthew Tascal Frisina and Blaze Nicholas Knapp. Also, many nieces and great nieces, especially Carolyn, Barbara, Jackie and Chrissy. His surviving siblings: Gerrie (Sherry), Donald, Mary and Robert will always remember him in their thoughts and prayers. In addition to his wife and parents, Anthony is predeceased by all his children: Paula Ann Bamond, Anthony Bamond, Jr. and Christopher Joseph Bamond. Also, by his siblings: Frances, Edna (Pat), William, Harold, and Elizabeth Ann.

Entrusted to the care of Keyser Funeral and Cremation Service, 326 Albany Avenue, Kingston. A Mass of Christian Burial will be celebrated at St. Charles Borromeo Church, 2212 Route 44/55, Gardiner, N.Y., 12525 on Saturday, September 2, 2017 at 10 am. Burial will follow in St. Charles Cemetery, Gardiner, N.Y. In lieu of flowers, donations may be made to St. Jude's Children's Hospital.

To order memorial trees or send flowers to the family in memory of Anthony Bamond, Jr., please visit our flower store.