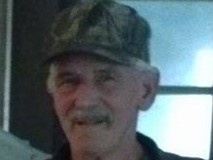 Albert "SONNY" Rougier, 74 of Hurley, NY, passed away December 21, 2017 after a short courageous battle with Cancer at Mid-Hudson Regional Hospital in Poughkeepsie, with his family by his side. Born May 15, 1943 in Kingston to the Late John & Esther Williams.

He enjoyed the outdoors, hunting, fishing, boating, and spending time with his dog Smokey. He was employed by Crossfield Management in Kingston and previously by Rommark Handbags in Kingston.

Entrusted to the care of Keyser Funeral & Cremation Service, 326 Albany Ave, Kingston, NY 12401, where family and friends may visit on Saturday December 30, 2017 from 10am to 12pm with the funeral service starting at 12pm. Entombment will follow in Wiltwyck Cemetery.

To order memorial trees or send flowers to the family in memory of Albert "Sonny" Rougier, please visit our flower store.