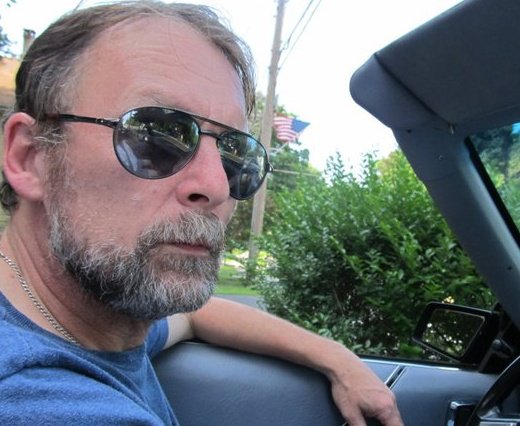 Alan Duane Johnson, 60, of Ulster Park, passed away Saturday evening, July 25th at his residence in Ulster Park, after a courageous battle with renal cancer. Alan passed peacefully with his wife of 33 years and his beloved family by his side. He was born on March 23, 1960 in Montclair, NJ and was the son of C Douglas Johnson and Sally Ann (Kynor) Johnson of Town of Poughkeepsie.

Alan was married to Elizabeth "Beth" (Connor) Johnson on July the 25th, 1987. It was the hottest day of the year, and they rode to their wedding reception in a 1948 Ford Super Deluxe Convertible that his Father, Doug, was restoring. The car became vapor locked when they stopped at a gas station for gas and left them stranded temporarily dressed in their wedding finery which evoked the era of the car. A treasured memory was a stranger asking to take a photo of them because they looked like they had time traveled to the future. Alan attended Roy C Ketcham High School until 1978. He served in the US Army from 1978 to 1983 attaining the rank of Sergeant; he refused to go camping because he said that he had done enough of field living while in Bindlach, Germany. In the Army he was a small arms technician.

After his honorable discharge from the Army, Alan continued working in the technical field, always improving his knowledge and moving up from work in electronics to the computer field. Alan's favorite place of employment was with Fleet Bank in Kingston, NY as an IT specialist. He easily made lasting and treasured friendships there. Alan's latest employment was with IBM of Southbury, CT as an Information Technology specialist. Alan was a member of Saint Remy Reformed Church, Patriot Guard Riders, Soldiers Angels, and The American Legion. He attended reunions periodically in Ohio and Kentucky with his Army Cavalary Brothers who shared the experience of living life on the edge at the German-Czech border during the Cold War in the early 80's.

In addition to his wife, he is survived by his children; Danielle Connor, (Zach Hart) of Kingston, NY, Elizabeth Ann, (Michael Grassi) of Glasco, NY and August Benjamin, (Bo Hansen) of Kingston,NY. His Brother, C. Douglas Johnson Jr (Kathy) of Morgantown, Indiana and his Sister, Debra Ann Johnson of Brewster, Massachusetts, and his Mother, Sally Ann Johnson of Town of Poughkeepsie, NY also survive. He was predeceased by his Father, C. Douglas Johnson.

Arrangements entrusted to Keyser Funeral & Cremation Service, 216 Broadway, Port Ewen, NY 12466. The service will be private with military honors. For those who wish, contributions in Alan's memory may be made to - Hudson Valley Hospice ( https://www.hvhospice.org/donate-now/#Donate ) , Hudson Valley Honor Flight ( https://hvhonorflight.com/donate/ ) , Patriot Guard Riders ( https://www.patriotguard.org/donations/tribute-donation/ ) or Soldiers Angels ( https://soldiersangels.org/Donate-Now.html ) A tribute for Alan may be found at www.KeyserFuneralService.com , where you may leave memories and expressions of sympathy for his family.

To order memorial trees or send flowers to the family in memory of Alan Duane Johnson, please visit our flower store.